NEMETHY: The dawn of a new era: more expensive energy and wages? 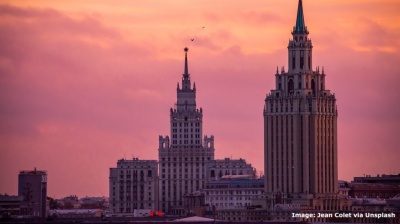 Russia economic war has inflated food and fuel prices that are proving very painful. But the damage may be permanent and that will make the world poorer as a result. / bne IntelliNews
By Les Nemethy September 20, 2022

Psychologists say that the human brain suffers from dozens of different biases, perhaps one of the most important of these being “recency bias”. We tend to project the past into the future. Assuming the hypothesis in the title of this article is correct, we likely face a very different future.

I see this period of high cost of energy and wages as being a phase – maybe five years, maybe ten. As the saying goes, the cure for high prices…is high prices. High prices will encourage energy innovation and substitution, robotics, etc., that will, over time, shift the supply of these production factors. But brace yourselves for a few tough years.

So let’s look at the evidence behind higher costs for energy; and wages, and then will revert back to some implications for the future.

(a) the trend to higher energy prices

Over the past year or two, we have already seen a huge increase in energy prices. There has been a tendency to pin this on the Ukrainian war, but the trend was underway even before the war, and in my opinion, will survive even if peace were to break out in Ukraine tomorrow. The Ukraine war did accentuate the trend.

Some of the non-war related reasons for increasing energy prices include:

·        A dramatic diminution in capital expenditure (e.g. drilling) for oil and gas companies, caused by societal expectations that we need to progress in a “greener” direction. Politicians and philanthropic organisations, for better or for worse, have put huge pressure on industry, resulting in cancellation or rollback of pipelines, drilling, etc. Oil and gas companies also risk being left with “stranded” assets if the switch to alternative energies were to be successful, which increases the risk of new capital expenditures.

·        Mistaken government policies (e.g. shuttering nuclear reactors in a number of countries) and poor planning (assuming alternative energy could supply adequate base load) have been a part of the problem. The US government had been haranguing European governments for many years about the risk of dependency on Russian hydrocarbons. The Europeans turned a deaf ear.

·        The transition to alternative energies is taking longer, and is much more expensive, than most policy makers assumed. We do not have enough minerals (copper, nickel, cadmium, etc.) to switch the auto industry to all vehicles in the coming decade or two.

Grossly oversimplifying, we have fallen between two stools. Don’t let the temporary and minor fall in oil prices fool you. While I am sympathetic to environmental considerations, we have neglected tried and proven fossil fuel supplies while under-estimating the cost and time needed to transition to alternative fuels. Once again, the good news is that this may only be a temporary (5- to 10-year) phenomenon, provided that the policy errors are reversed, and proper planning is undertaken.

(b) The trend to higher wages

There is a vast demographic trend afoot in virtually all the world except part of Africa: the number of (highly productive) baby boomers leaving the labour market exceeds the number of (relatively inexperienced, less productive) young workers coming into the market by a very wide margin. At a time, when the objective is “reshoring” – bringing the production of at least strategic products home – we are likely to see demand for labour increase while supply decreases, causing wages to rise. (See my last two articles on the subject of demographic trends).

Some implications for the future

High energy and labour factor costs feed into all areas of the economy.

Take, for example, agriculture, which requires large amounts of both factors. High energy costs have also caused radical rises in fertiliser prices, giving farmers the choice of eliminating or reducing fertilisers, (reducing yields), or charging higher fertiliser costs through to the consumer. Both are highly inflationary. To a greater or lesser degree, energy and labour costs have a similar ripple effect in just about every sector of the economy.

Today central banks are raising interest rates with a view to preventing the type of prolonged high inflation that existed in the 1970s. The difference today – depending on the country – is there are many multiples of the level of debt compared to the 1970s. For example, US sovereign debt is more than ten times what it was in the late 1970s (ca. $30 trillion today, compared with $2 trillion back then!), meaning that even a fraction of the interest rate levels achieved by 1980 would be enough to trigger a wave of defaults for sovereigns, corporates and individuals. Recession or depression is likely to occur much sooner than inflation can be tamed. “Something will break” – and then we may well have both high inflation and recession – at which time the Fed will have little choice but to bring on the most expansionary monetary regime since World War II.

Inflation is never an accident. It is always the result of monetary and fiscal policies; unfortunately, many of them were poor decisions, taken in the past. Central banks are increasingly caught between a rock and hard place.

PANNIER: A very Turkmen coup
2 days ago
OPINION: Bulgaria sets itself a tough task with Burgas-Alexandroupolis pipeline revival
6 days ago
NEMETHY: Is Ukraine War the beginning of World War III?
6 days ago
RIDDLE: The Russian army in 2023
7 days ago
‘Yesterday’s strategy won’t do’ in Europe’s approach to Iran says Carnegie analyst
12 days ago