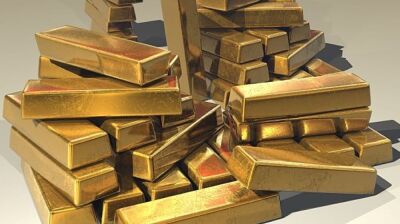 The last time I wrote about the case for gold was in April 2021. At the time gold was sitting around a price of $1,700, and as of December 10, 2022 it is now approaching $1,800. You may consider this to be an unstellar performance, and the author to be in an incurable gold bug. Before jumping to these conclusions, consider the following:

I summarise the current case for gold in five points:

European Central Bank Chairwoman Lagarde recently stated that even a recession won’t be sufficient to cure inflation. In the US, monetary tightening has had only a minimal effect on reducing inflation: 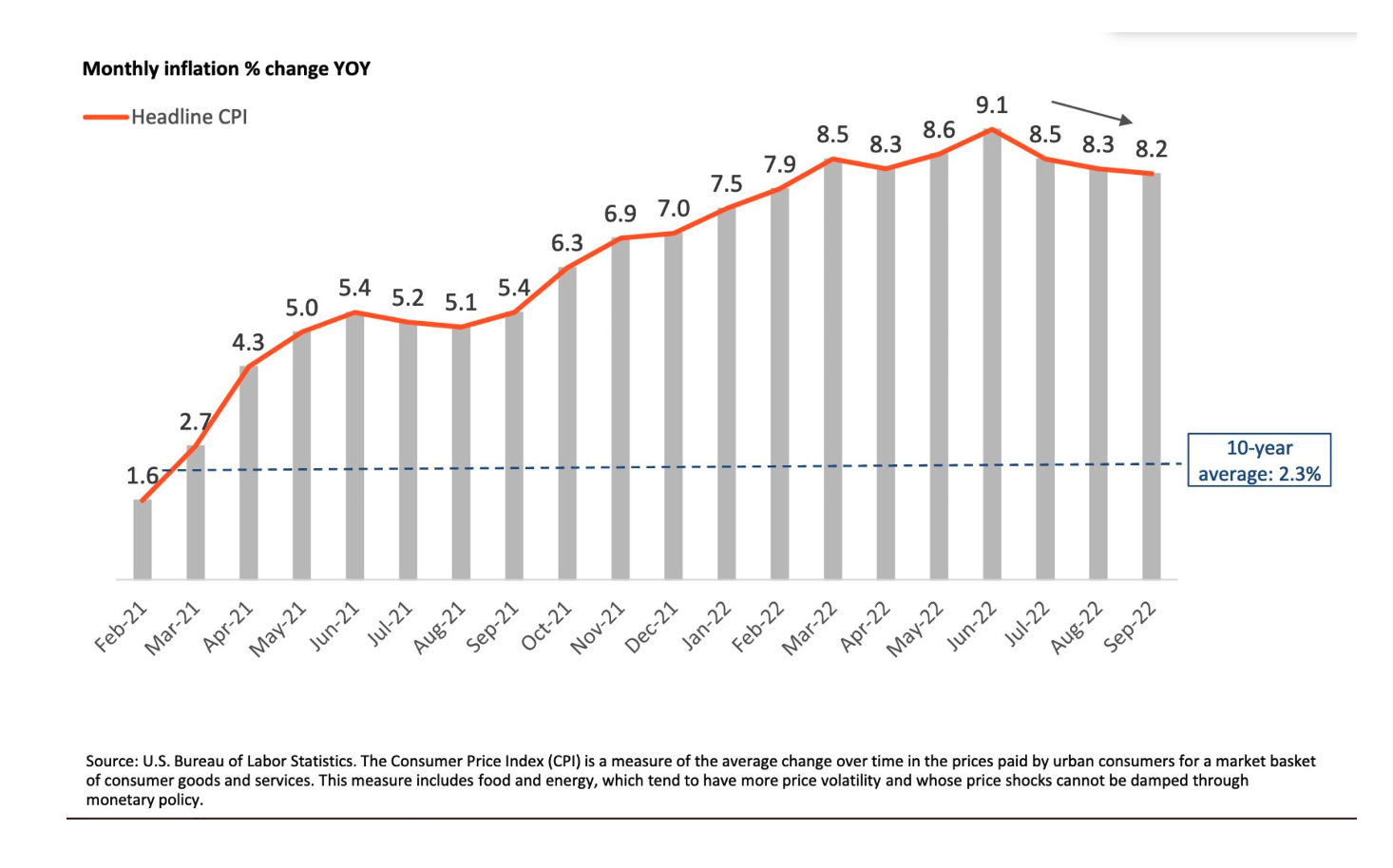 Negative real interest rates remain rampant throughout the world. Loss of purchasing power exceeds interest on savings. Holding bonds or savings accounts is illogical behaviour unless one believes that inflation will come down relatively soon. As it becomes increasingly apparent that this is not the case, and negative real interest rates will remain for the foreseeable future, the trickle towards gold may become a stampede.

Alan Greenspan, former Chairman of the US Fed, once said: “I view gold as the primary global currency. It is the only currency, along with silver, that does not require a counterparty signature.”  Central banks’ accumulation of gold is a possible indication that they wish to hedge against a possible upcoming financial crisis, and that they are less keen on the US dollar as a reserve currency. 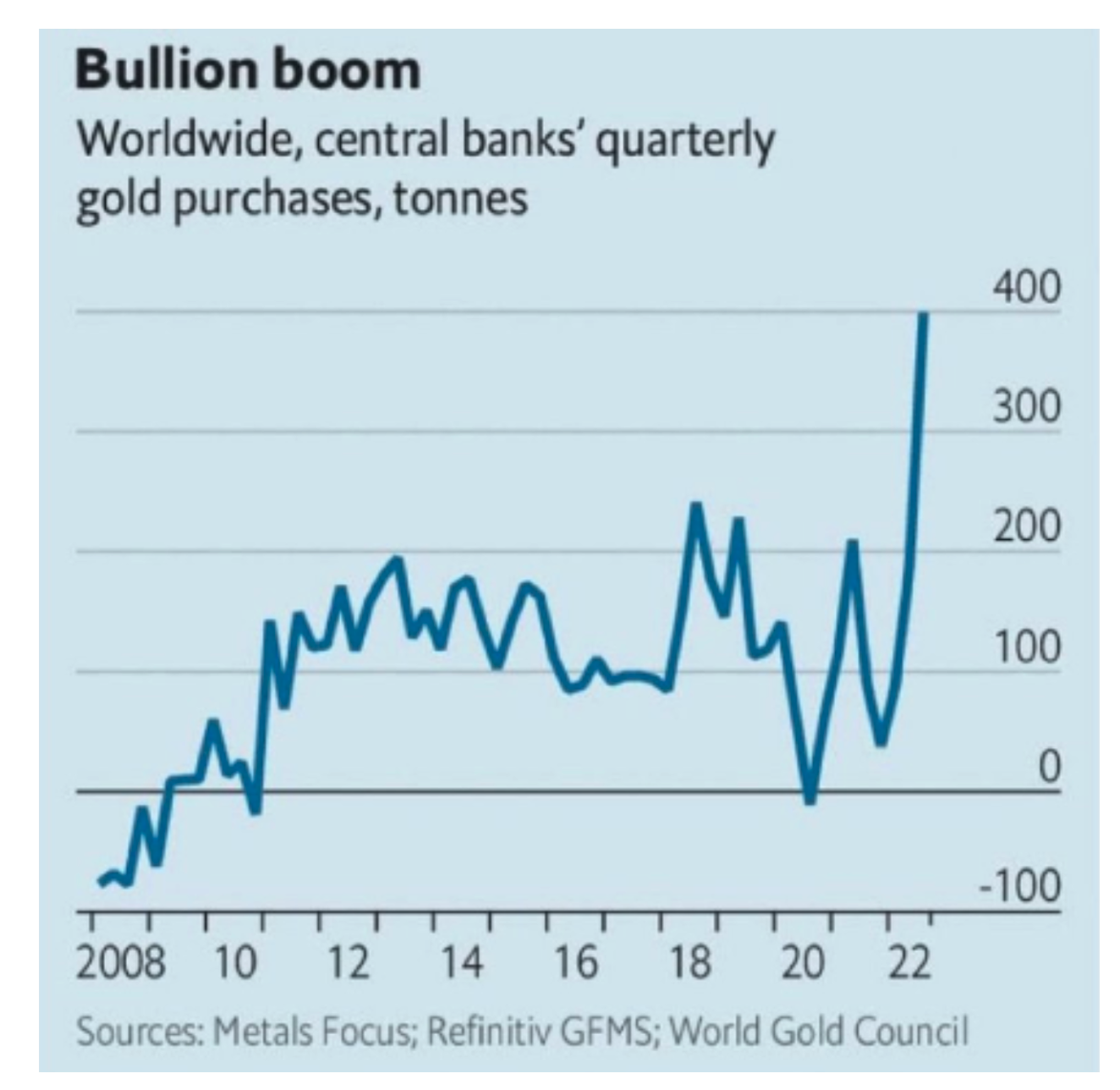 Bitcoin has, in a short time, collapsed from ca. $60,000 to ca. $17,000. Many bitcoin exchanges have been hacked or have collapsed. Allegations of fraud abound. Who in the world will now consider holding their savings in bitcoin? Surprisingly, there remain a few die-hards. My own opinion is that bitcoin will never recover the level of confidence previously enjoyed and gold will take on a new lustre. Gold may seem a bit old-fashioned –sure, it has a track record of several thousand years.

US General Mattis recently stated to a gathering of 2,700 CEOs: “We are living in a period of stability compared to what is coming.” There are just so many pressure points in the world today beyond Ukraine – from Taiwan to the Middle East. Putin has not finished escalating.  He has recently made statements about the likelihood of nuclear war increasing and that Russia has incorporated a pre-emptive nuclear strike into its military strategy. Also, the rise of China puts it on a potential collision course with the US.

Gold is a natural refuge in times of geopolitical tension and war.

Over 50 emerging countries are facing the risk of financial crisis, according to the UN.

How will the US service $32 trillion of debt at 5% when total tax revenues are in the range of $3-4 trillion?

Given that high leverage equates to financial instability – and global leverage is off the charts – people are losing confidence in the Fed’s inflation narrative and in the value of fiat currencies. Having at least a percentage of one’s wealth in gold seems to be an increasingly logical choice. There is no safe haven in times of crisis: while gold may fall when the bottom falls out of financial markets, it tends to fall less and recover more quickly.

This article should not be construed as financial advice. The above underlying market forces are at play, but no economist can predict when gold will make its move. Gold as a small percentage of one’s portfolio – whether for an individual or pension fund – seems to be an increasingly logical hedge.

As George Bernard Shaw once wrote: “You have to choose between trusting to the natural stability of gold and the … honesty and intelligence of the members of government. And with due respect to these gentlemen, I advise you, as long as the capitalist system lasts, to vote for gold.”

After the fuel price cap in Hungary was lifted in early December, fuel consumption dropped by 18.4% month on month. However, record-high inflation dragged down overall consumption similarly .

Romania’s retail sales accelerated by 3.8% in December, taking the quarterly advance to 3.8% and full-year 2022 to 5.1%. The data supports our call for a robust fourth-quarter GDP reading, but also for a visible slowdown in the first quarter.

"If the EU institutions do not ensure that the progress achieved by Ukraine, Moldova and Georgia [is] fully impartial, they will be doing them a disservice. Their path towards Europeanisation must not be subjectivised or romanticised."

More and more signs point to a new major Russian initiative to take Ukraine in the spring, including a possible attack on Kyiv. How could a major Russian offensive or a Russian victory in Ukraine challenge Europe?

ING: Hungarian retail sales suffer from record inflation
16 hours ago
ING: Romanian consumers shrug off pessimism into year-end
20 hours ago
CENUSA: Bringing Ukraine, Moldova and Georgia closer to the EU: a multi-speed progress.
1 day ago
NEMETHY: How the Battle for Ukraine may change Europe
1 day ago
COMMENT: The new Cold War will be different, and not only because of China
1 day ago