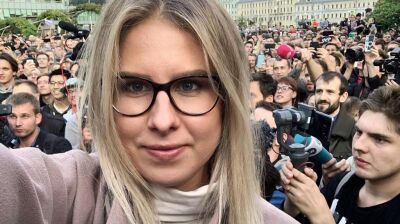 Russian opposition leader Lyubov Sobol, a close ally of jailed anti-corruption activist Alexei Navalny, has been sentenced to 1.5 years of curfew and movement restrictions for her role in organising mass protests in January, it was reported on August 3.

The protests were called by Navalny shortly after he returned from Berlin, where he had been recovering from an assassination attempt using the military-grade Novichok nerve agent. Navalny was immediately arrested on his return to Russia for breaking his parole conditions, related to another conviction on fraud charges he claims were politically motivated. Hundreds of thousands of Russians came out in support of Navalny on January 23 and January 31, although the protests quickly petered out after that.

Sobol was among several prominent opposition figures to be charged with violating coronavirus (COVID-19) restrictions on mass events by calling on supporters to take to the streets. Moscow’s Preobrazhensky district court found Sobol guilty of “inciting violations of sanitary restrictions” at the unauthorised rally.

Navalny’s return has triggered the most extreme repression of Russian President Vladimir Putin’s four terms in office. It was clear that Navalny would be arrested on his return, but he returned anyway in a move designed to cast the Kremlin in the worst possible light.

Navalny's arrest triggered a fresh round of international sanctions that were imposed on April 15. With the Kremlin’s reputation in tatters it seems that the powers that be judged they had nothing more to lose and have since shuttered numerous independent media outlets, and several other prominent opposition activists have fled the country for self-imposed exile abroad.

Sobol has been amongst the dwindling number of prominent opposition leaders that have remained, but as part of the Kremlin’s crackdown she has now been taken off the board ahead of key Duma elections slated for September 19. The Kremlin is struggling to ensure that the ruling United Russia Party is re-elected with a majority despite the party's falling popularity.

The court’s “restricted freedom” sentence bans her from leaving her residence between 10 p.m. and 6 a.m., attending mass events or leaving the Moscow region. She must also check in for an inspection three times a month, the Moscow Times reported.

Her hearing on August 3 was held largely behind closed doors, with Sobol herself being removed from the courtroom when she started to film the reading of the sentence.

Sobol had been placed under house arrest during the investigation, a sentence that was later lightened to only restrict certain actions due to the fact that she has a young daughter.

Sobol rose to prominence as a lawyer for Navalny’s Anti-Corruption Foundation (FBK) that was declared an extremist organisation in June, putting it on a par with a terrorist organisation and leading its managers to close the organisation down to prevent exposing workers and supporters to criminal charges that carry lengthy jail sentences. Navalny’s organisation had been planning to organise a “smart voting” campaign in the Duma elections, where they rally voters to vote for any candidate that is likely to beat a United Russia candidate, that has unsettled the Kremlin.

Sobol had intended to stand as a candidate in the elections but following the court's decision she is now barred from running and new laws have been passed that make it impossible for opposition leaders to compete in the election.