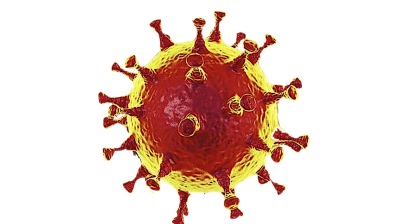 Russia developed the first working vaccine against coronavirus, but Moscow has the lowest share of immunised residents of any city in Europe. Russians have been refusing the shot and now as infection rates soar again the state is going to force them to take it.
By Ben Aris in Berlin June 17, 2021

In what will be the most unpopular move since the state increased retirement ages, Moscow Mayor Sergey Sobyanin announced a mandatory vaccination scheme on June 16.

Moscow is the epicentre of what is rapidly turning into a fourth wave of the pandemic, despite the widespread availability of the highly effective Sputnik V Russian vaccine. However, the population, mistrustful of the authorities, have simply refused to get the jab and have largely abandoned social distancing and mask wearing precautions.

Sobyanin’s decision is a sharp volte-face after President Vladimir Putin publicly ruled out mandatory vaccination as “impractical and impossible” at the end of May.

The Moscow authorities are announcing the compulsory vaccination of at least a million Muscovites, including in the wider Moscow Region, a separate administrative district that surrounds the capital. Employers in the service sector must ensure that 60% of employees are vaccinated within a month, according to an order signed by the chief sanitary doctor of Moscow.

The measures will affect not only employees of cafes, shops, fitness clubs and beauty salons, but also the staff of banks, post offices, theatres and museums. A similar order was issued by the authorities of the Moscow Region.

This is the second time that Sobyanin has taken public responsibility for an unpopular public health decision. At the start of the pandemic a year ago the authorities were hesitating and reluctant to impose a lockdown, until Sobyanin took the decision and locked Moscow down in one of the strictest regimes of the time. The other major Russian cities followed suit within a few days.

However, the decision to force Russians to get vaccinated will be extremely unpopular. Putin said that Russia should reach herd immunity by September, but with only 12% of the population vaccinated, at the current rate of inoculation it will take until 2022 until herd immunity is reached. As bne IntelliNews contributor Jason Corcoran wrote this week, Russians have reached herd hostility to the vaccination. A survey by independent pollsters the Levada Centre in May indicated 62% of Russians are unwilling to get vaccinated, while 55% are not afraid of contracting the virus.

Sobyanin has already put Moscow back on lockdown on June 12 for a week, extending a public holiday in the hope of reducing infection rates. But now the mayor reports that the situation with coronavirus (COVID-19) in Moscow continues to develop dramatically. The situation has reached a crisis point where getting vaccinated is “no longer a personal choice”, the mayor said on social media.

"When you go out into public places and come into contact with other people, willingly or unwillingly, you become an accomplice of the epidemiological process." Therefore, the decision on mandatory vaccination was made for service workers, he concluded.

The Kremlin has kept out of the way, allowing Moscow City hall to take the inevitable blowback. The imposition of mandatory vaccinations was made just after Russian President Vladimir Putin left the country for his summit with US President Joe Biden in Geneva on June 16. And Russian presidential spokesman Dmitry Peskov said there are still no plans to introduce country-wide mandatory vaccinations.

As bne IntelliNews reported, there was an attempt to introduce mandatory vaccination in the Sakha region (Yakutia), but the order was quickly overturned following a public outcry.

The Kremlin is currently treading on eggshells as it tries to management popular sentiment ahead of key parliamentary elections in September, where it wants to re-install the ruling, but highly unpopular, United Russia Party with a majority.

Just last week the presidential administration assured that compulsory vaccination was very unlikely before September, but very likely after the elections, reports The Bell. As a result, Sobyanin’s announcement has come out of the blue and testifies to the seriousness of the situation.

Sobyanin has already promised that by July 1, the Moscow authorities will create a mechanism for monitoring vaccination rates.

The deadlines are tight (until July 15, employers must arrange for 60% of employees to be vaccinated with the first component of the coronavirus vaccine or a single-component vaccine), and the penalties for non-compliance will be severe, The Bell reports.

Business is still in disarray, The Bell reports, as managers grapple with how to get unwilling workers to take the shot and many businesses have turned to the City for help. One problem is that many areas employ migrants who are not vaccinated or even registered in Russia. Taxi and delivery services have already approached the authorities with a request to make vaccinations available to them, but no decision has been made. Consultations on this matter are underway, restaurateur Dmitry Levitsky wrote in his Telegram channel, as cited by The Bell.

It is also unclear if the City has the authority to order vaccinations. The Bell asked lawyers how legal the partial mandatory vaccination decision was and what the company and employees would expect if the requirements were not met. In short, the formal issue of such a resolution does not violate either the Constitution or individual laws, experts say.

There is a Federal Law "On the Immunisation of Infectious Diseases" that appears to the give the government the powers needed to impose a mandatory vaccination. Decisions on preventive vaccinations for epidemic indications can be made by the chief sanitary doctors of the constituent entities of Russia. The conditions for making such a decision are also established there: preventive vaccinations may become mandatory when there is a threat of infectious diseases, the list of which is established by the Ministry of Health.

The Russian constitution is very strong on public health and the state is obliged under the basic law to provide complete and comprehensive healthcare to all citizens for free. Under normal circumstances, participating in a vaccination program is a right, not an obligation, for almost everyone. But if a special resolution of the chief sanitary doctor is issued, then vaccination becomes mandatory for the categories of citizens listed in it, adds Dmitry Gorbunov, partner of the firm "Rustam Kurmaev and Partners".

Under Sobyanin’s order, the obligation of companies to get employees vaccinated extends beyond those under an employment contract, to also include individual entrepreneurs, and even extends to freelancers. All responsibility for the vaccinations falls on the company and not on unvaccinated employees, the lawyers explain.

Moscow is not alone in taking this drastic action as a similar order was recently issued in Azerbaijan, where some 80% of all workers are employed in the service sector.

Other countries that have debated the measure include Australia, where August last year, Australian Prime Minister Scott Morrison said that vaccination against coronavirus should become mandatory, and refusal of it should be possible only for medical reasons.

Indonesian authorities announced in February that a fine of IDR5mn (about $350) could be imposed for refusing to vaccinate. Punishment was planned to be imposed on those who can already get vaccinated, but for some reason refuse. Vaccinations in Indonesia began in May, but no fines have been reported yet.

If necessary, compulsory vaccination may also be introduced in Brazil. The right to order compulsory vaccinations was given to the state by the country's Supreme Court back in December last year. A higher court ruled that a COVID-19 vaccine could be mandatory if the law is in place, the ruling said.

The authorities in the United States have the right to introduce compulsory vaccinations. There, the Congress Equal Employment Opportunity Commission ruled that employers have the right to force their employees to be vaccinated against COVID-19. It will be possible to refuse it only due to disability or because of religious beliefs. At the same time, the employer is obliged to provide those who have not been vaccinated with comfortable conditions for remote work. The management of the American company Kroger, which owns one of the largest supermarket chains in the United States, has decided to pay employees $100 if they are vaccinated against the coronavirus.

However, most countries prefer to do things differently, motivating citizens to get vaccinated with green passports, company incentives, full reopening permits, or free movement (more on these practices here).

In Russia, there are no special benefits for those vaccinated yet. But this is hardly the only explanation for the dramatic lag in vaccination rates compared to other countries.

As of June 3 only 1.5mn people were vaccinated in Moscow, or just over 10% of residents, according to the latest data. The mandatory vaccination of trade and service workers announced on June 16 could at least double this number, The Bell calculated.

In the Moscow region, as of June 16, 1.15-1.20mn people were vaccinated, or 30% of residents. Approximately the same number of people, according to the Rosstat administration for Moscow and the Moscow region, are officially employed in organisations that are subject to mandatory vaccination.