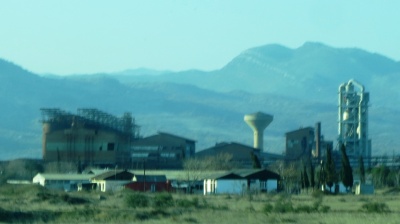 Montenegro’s Uniprom has shut down the country’s sole aluminium smelter, KAP, with the procedure being completed by December 30, after it failed to reach an agreement on a new electricity price with power company EPCG, public broadcaster RTCG reported.

Uniprom warned earlier that it would close KAP as rising electricity prices make its production uneconomic. Uniprom’s owner, local businessman Veselin Pejovic, accused EPCG of being responsible for the decision, while EPCG asked the businessman to hold another round of talks to find a solution.

By the end of 2021, KAP was paying €45 per MWh plus VAT, while on international markets the electricity price is now around €250 per MWh.

KAP’s contract with EPCG expired at the end of the year. EPCG requested a price of €183 per MWh as of January 2022 so that it will not suffer financial losses. However, KAP’s owner said it cannot afford to pay this price.

The closure of KAP is leaving 500 people without jobs, which is significant for the country of 620,000 people. KAP’s workers are seeking guarantees from the government that they will receive two unpaid monthly wages.

In December, Pejovic, submitted a proposal to transfer KAP to power company EPCG for one year in the latest move in the dispute between the two companies regarding the price at which EPCG will sell electricity to KAP in 2022.

However, EPCG said it was not registered for aluminium smelting and the board of directors has no authority to amend the areas of activity of the company, as this can only be done by the shareholders. EPCG did, however, say it was willing to provide an additional discount to KAP for 2022 in order to secure the smelter’s operations.

Majority of Montenegrins want early election to exit political crisis, poll shows
European Parliament calls for ‘reenergised’ enlargement process – but only for countries that back Russia sanctions
Ukraine faces one of worst declines in GDP from a war, says EBRD