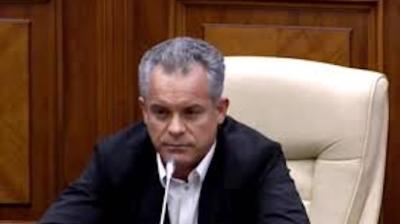 Plahotniuc’s government resigned two weeks ago, putting an end to a political crisis and allowing the new parliamentary majority that declared “de-oligarchisation” as its main target to come to office.

However, the legal grounds for the seizures and the logic of the assets chosen are largely unclear.

Finpar is controlled by Cyprus registered Asirapal Enterprises Limited, according to earlier investigations by Rise. Rise had previously spotted properties evaluated at €30mn owned indirectly (like Finpar) in Switzerland and Romania. Separately, in his wealth statement Plahotniuc declares as his assets two Moldovan companies and stakes in two foreign companies registered in Abu Dhabi and Samoa.

It is unclear why the prosecutors did not start with assets registered in Plahotniuc’s name, rather than properties indirectly owned and therefore more difficult to demonstrate as his assets. One answer is that the hotel is Plahotniuc's most visible asset and furthermore a place where many of his enemies and partners alike have reportedly been recorded in compromising situations.

The law enforcement body that reportedly seized the properties admitted that it cooperates with prosecutors in general, and refused to comment on the specific case. Rise quotes no prosecutor having ordered the seizure. Finpar officials claim that they are not aware of any document that seizes its properties.

The Agency for the Recovery of Criminal Goods (ARBI), a subdivision of the National Anti-Corruption Center (NAC) specialising in “parallel financial investigations and the identification of goods obtained by illegal means”, according to Rise, reportedly issued an act with this end on June 26. The document was issued five days after the head of the NAC Bogdan Zumbreanu was dismissed by lawmakers. Zumbreanu was dismissed on ground that “he was loyal to Plahotniuc”, according to the document endorsed by lawmakers quoted by Jurnal — a publication supporting the pro-EU Dignity and Truth (PPDA) party that is now part of the ruling coalition.

The only act mentioned by Ruse Moldova, identified by number 21 / 1-3645, has the effect of seizing several properties owned by Finpar Invest SRL over a period of 15 days.

Moldova’s industry recovers in May

Belarus presidential elections are all over before they start
41 minutes ago
Ratings agencies serve warnings to Turkey in lira battle, officials told to stop “muddling through”
1 day ago
Zelenskiy loses more ground in the polls as his Servant of the People approval falls to 26%
2 days ago
Belarusian opposition candidate Tikhanovskaya hijacks government concert after her rally blocked
2 days ago
Russian newspaper Kommersant poll finds Tikhanovskaya narrowly beats Lukashenko in presidential election
3 days ago