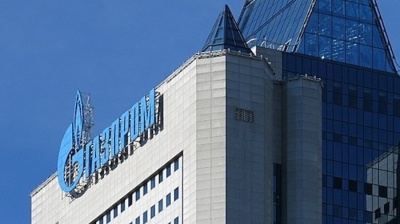 Moldova’s parliament on November 25 approved a MDL1.7bn (€85mn) capitalisation of state-owned energy trader Energocom, from the state budget, out of which MDL300mn will be used by Energocom to cover the natural gas purchased carried on in October and the remaining MDL1.4bn will go to Moldovagaz that will then be able to pay the bill of the same size to Gazprom that became overdue on November 22.

Gazprom had initially threatened to turn of Moldova’s gas supplies unless it paid within two days. It then agreed on November 24 to postpone the deadline for the bill that, according to Moldovan officials covers the deliveries in October (billed at a price of $790 per 1,000 cubic metres) plus 50% of the estimated deliveries of November, but expected the payment by November 26.

Moldovan Finance Minister Dumitru Budianschi explained the structure of the financial operation. Specifically, Energocom will pay the MDL1.4bn to Moldovagaz (controlled by Gazprom) on behalf of state-owned Termoelectrica power and heating producer that owes money to Moldovagaz (a historic debt). The money will not be transferred directly from the state budget to Moldovagaz or Gazprom.

In principle, the MDL1.7bn should be recovered by Energocom from Moldovagaz or any other entity that received the natural gas purchased in October (MDL0.3bn) and from Termoelectrica (MDL1.4bn). In fact, the money will probably not be recovered — but will compensate part of the financial deviation that the two companies are entitled to for the gas deliveries made in the past at end-user prices smaller than the cost (import price in the case of Moldovagaz).

Moldova agreed with Gazprom to clarify the historic debt owed by Moldovagaz, estimated by the Russian company at just over $700mn including $300mn interest and penalties, by March 2022.