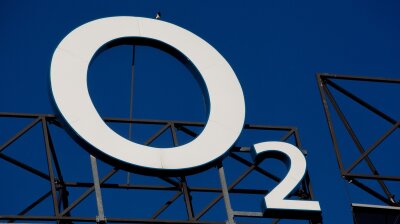 Mobile operator O2 Czech Republic, majority owned by the Czech investment group PPF, increased its net profit in 9M21 by 12.9% year-on-year to CZK4.89bn (€192mn). Its operating income rose by 2.9% to CZK30.08bn, the company announced in its press release, provided to the Czech News Agency.

"While operating income increased by 2.9% y/y in 9M21, 3Q21 growth slowed down to 0.8%. Development of 5G networks will require increased spending on construction and operations, both in Slovakia and the Czech Republic," said CFO Tomas Kouril.

"With the 5G networks, people are dramatically increasing their mobile data consumption – up by 67% y/y in the 9M21. We have therefore increased the speeds of our data unlimited NEO tariffs and multiplied the data volume on FREE tariffs. We expect a similar trend in modernisation of our network in the future," added CEO Jindrich Fremuth.

In Czechia, operating income increased by 2.6% to CZK24.38bn at the end of September, with revenues in the mobile segment up by 1.6% to CZK15.1bn. In Slovakia, total operating revenue saw an annual growth of 3.3% to CZK5.79bn.

According to J&T bank analyst Milan Vanicek, 3Q21 results are positive mainly due to higher than expected cost savings. "However, more than the numbers themselves, investors are waiting for the minority shareholder squeeze-out offer, which, according to earlier information, the majority shareholder intends to submit," he said.

"The management has not yet received a request to convene an extraordinary general meeting to approve [such a decision] ... We do not expect today's announcement to have any impact on the share price," Vanicek added.

Czech Rossum company, which is building a platform to process documents circulating between companies using artificial intelligence, has secured an investment of roughly CZK2.2bn (€85.9mn), which ... more