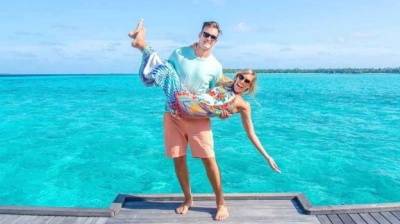 Russian tourist traffic to the Maldives has plummeted by 8.4% year on year to around 200,000 visits in 2022 thanks to soaring travel prices and anti-Russian sentiment generated by Russian President Vladimir Putin’s brutal war in Ukraine.

With temperatures dropping below 27C in the last week, Russians often take a sunny breaky in the six-month long winter, with the Maldives being a favourite destination. Russians are the second largest group by nationality to visit the island paradise, after their Indian neighbours.

Thailand is also a favourite destination for Russian holiday makers, while Turkey remains the number one overseas destination in the summer, with more than 3mn Russians visiting every year. Belarus is the most popular for holiday makers on a tight budget.

But trips abroad this year have been curtailed by soaring ticket costs and a sharp reduction in available destinations after most international airlines pulled out of Russia following the start of the war. The Maldives has been particularly hard hit, according to Russia’s Association of Tour Operators of Russia (ATOR), citing data from the Maldives’ authorities.

"From January to December 2022 inclusive, 201,952 visits by citizens of the Russian Federation were counted in the country. To recap, 220,424 visits by Russians were registered there in 2021, a record-breaking year for Russian tourist traffic to the islands. Accordingly, tourist traffic from Russia to this country in 2022 contracted by 8.4% against the prior year," the association said, as cited by the state-owned press agency Tass.

The sun-drenched beaches of exclusive islands are also popular amongst Russia’s oligarchs. Billionaire fertiliser oligarch Andrey Melnichenko’s super-yacht was anchored off an island in the Maldives, but turned off its transponder the day after the wealthy Russian businessman’s name was added to the EU sanctions list.

However, Melnichenko’s yacht was not seized by the Maldivian government, which has not joined the international effort to sanction oligarchs, wary of damaging the lucrative Russian tourism trade. With Italy seizing another of Melnichenko’s yachts worth $578mn the same week, the Maldives has turned into a safe haven for oligarchs' super-yachts, at least six of which are now parked in the azure blue water among the atolls, according to reports.

Tourists from Russia trying to reach Western Europe can no longer fly direct, but have to transit via “friendly” nations like Turkey or Serbia, which can add as much as half a day to the journey and spends costs spiralling. The cost of a plane ticket between Berlin and Moscow has spiked from around €200 for a round trip to as much as €6,000 this week, according to travellers interviewed by bne IntelliNews.

With incomes rising before the war as the economy emerged from a four-year long recession, trips to the Maldives were mushrooming, with one in ten visitors to the ocean nation arriving from Russia. And during the pandemic Russians became the number one nationality to visit the islands.

The Russian tourist traffic to the Maldives in 2022 was more than double that of 2019 and visiting the famous topical atolls has been categorised as a “mass market destination” for the Russian market, ATOR said.

Despite the sanctions, Russians are still free to travel to destinations outside the EU and US and prefer visa-free destinations like the Maldives, Turkey, Thailand, the UAE and China, which all welcome Russian tourists.

ATOR says that the Maldives will remain a very popular destination for Russians in 2023. With nearby Europe increasingly difficult to get to, the choice of foreign "luxury" destinations has been drastically reduced, the association said.

The opposition Democratic Party filed a lawsuit against the law granting a concession for the National Park of Butrint.