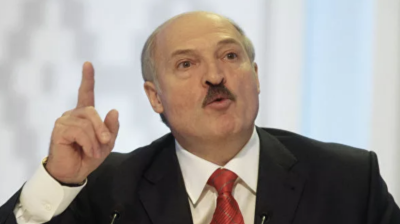 President Alexander Lukashenko of Belarus
By bne IntelliNews May 5, 2020

Authoritarian President Alexander Lukashenko, Central and Eastern Europe's longest-ruling head of state, is going to conduct a new presidential election by late August, he said on May 4.

"Belarus is going to have the presidential election sooner. We have no reason to postpone it [due to the coronavirus epidemic]. There is no possibility to postpone the election, according to the constitution," state news agency BELTA quoted Lukashenko as saying. "Therefore we will hold the election. We will set the date soon. It is going to be summer, definitely. The deadline is the end of August."

Lukashenko is going to remain at his post "for as long as the people will trust me", as well as "for as long as I am healthy", he told journalists in September 2019. "If you are unhealthy, there's nothing for you to do as president. The main things are health and people's confidence," he said.

He added that the transfer of power is not considered an option in Belarus. "Our president will be elected only by the people." The next Belarusian presidential election should be scheduled for 2020. In January Lukashenko told reporters he was likely to run for re-election.

Over the past days, the nation's health authorities have reported 800-900 new coronavirus (COVID-19) cases on a daily basis. The total number of coronavirus cases in Belarus has grown to 17,489, while more that 100 people have died as of May 4.

The World Health Organisation (WHO) has urged Belarus to increase "physical distancing" as the coronavirus (COVID-19) outbreak enters "the community transmission phase" in the country.

The statement has appeared against a background of growing criticism of the Belarusian authorities, which have refused to impose a quarantine on the country. Earlier in March, Lukashenko told citizens to take to the fields and drive tractors to fend off the virus, and has told his government the pandemic is nothing more than a "psychosis".

In late 2019, former presidential candidate Nikolai Statkevich, sentenced to six years in prison after the 2010 presidential election in Belarus, pledged "to do his utmost" while participating in street protests against Lukashenko in 2020.

"We are well aware that there is no [free and fair] presidential election in Belarus [in 2020], that this is a farce, but this farce forces the government to give certain freedom to our actions," he said at the time. "The main thing is that it politicises people."

"I hope that new [political] leaders have emerged, that there are a few people who are ready to lead street protests," he said. "And I will still be doing my utmost to take part in these protests and do what the Belarusian people is waiting [for] from us. We have a unique situation; Belarusians are waiting for this person [Lukashenko] to go."

Violent clashes with police at thousands-strong anti-lockdown protest in Belgrade
9 hours ago
Belarus presidential election to have no outside observers, opposition may united by a single candidate
17 hours ago
US intelligence memo admits there is “no evidence” of Russian payment of bounties to Afghans for killing US soldiers
21 hours ago
The bubonic plague has swapped its rats for marmots in Mongolia where two cases reported
1 day ago
Romania’s Blue Air goes from flying high to seeking debt restructuring
1 day ago