After the successful launch of a new patrol force in Kyiv in July, the Ukrainian authorities have begun rolling out the initiative in the country's regions. But while the new-look cops are receiving a cordial welcome, they are still the only visible result of the government’s much trumpeted anti-corruption reforms.

Trained by American instructors, dressed in US-style uniform and driving Japanese-made Toyota patrol cars, the new force hit the streets in the cities of Odesa and Lviv in August, followed by Kharkiv in late September. Hundreds of new officers were chosen from thousands of candidates via a recruitment process that was open to all applicants who met certain criteria.

"Look into the eyes of those individuals who believed [in the idea of a new police force], who went through a tight selection process and put on the uniform. There is a desire to help [the people] in their eyes," Andryi Sadovyi, mayor of the western city of Lviv, tells bne IntelliNews. 400 new police officers began work in Lviv on August 23, and in late September another 140 new recruits were sworn in.

Training and deployment processes are currently being extended to other cities, including Kyiv-controlled areas of the Donbas, the country's industrial heartland. According to Arsen Avakov, Ukraine’s interior minister, police there "will be slightly tougher, but twice as polite".

The new patrol police force is designed to replace the militsia inherited from Soviet times, which is associated with corruption and generally not trusted by society. By the end of the year, new police forces should appear in all major cities, totalling about 10,000 officers. The recruitment, training and deployment of criminal police and investigative services are due to start thereafter.

Georgia-born Eka Zguladze, the deputy interior minister, is responsible for these reforms. She already has experience in successfully transforming the Georgian police under the presidency of Mikheil Saakashvili, when the old staff was almost completely replaced by new police officers.

"In Georgia, the police was completely changed for a good reason. A weed is very difficult to take away - if the roots remain, it will grow again. That's why you need tough action," Sadovyi says.

The new patrol police is gaining public support and enjoys popular trust, which is clearly demonstrated by the significantly increasing number of requests for police help in the cities where it has already been deployed. According to recent public surveys, the new police have 85% support in Kyiv, while only 5% of the city's residents trust the old militsia, Avakov told journalists during a trip to the south-western city of Chernivtsi on October 3. 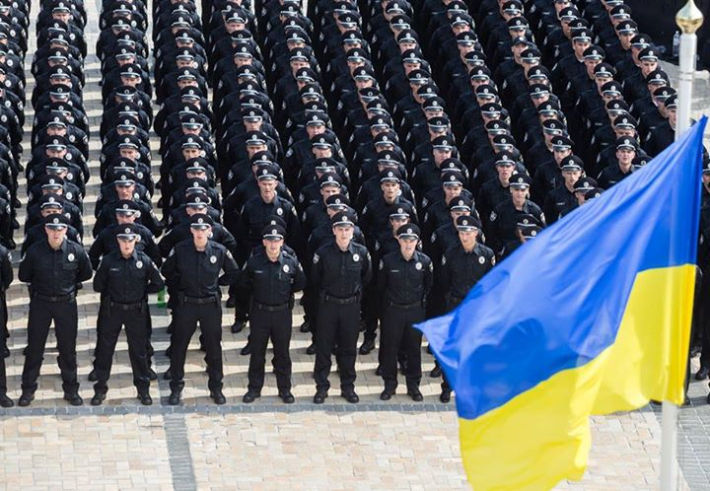 However, it looks like the main reason for this initial success is that the new force is very often the one and only visible sign of anti-corruption reforms in the country so far.

Especially worrying is the fact that not only is the fight against 'everyday' corruption  undergoing severe delays, but most attempts to stifle 'high-level' corruption are struggling to take off, despite considerable pressure from Ukraine's Western backers and multinational donors.

The Anti-Corruption Bureau, the country's main anti-corruption institution, was officially created in April but has yet to actually begin operation. The main obstacle preventing the body from starting work is an inability to select and appoint a head of the anti-corruption department at the Prosecutor General's Office. This department should control the Anti-Corruption Bureau's activities.

"We cannot conduct an investigation when there is no prosecutor overseeing our investigation," Artem Sytnik, the head of the Bureau, said in September in Kyiv. "If we fail in the launch of the Bureau, the start of the reform process will also fail. If there is no fight against corruption, Ukraine will not exist within a year and a half or two years".

According to recent statements by officials of Ukraine's justice ministry, the head of the anti-corruption department at the Prosecutor General’s Office is expected to be  appointed by the end of November, and the Bureau may start its operations by the end of the year.

Meanwhile, Western nations appear to be losing patience with current Prosecutor General Viktor Shokin. Geoffrey Pyatt, the US ambassador to Ukraine, criticised "the failure of the institution of the Prosecutor General of Ukraine to successfully fight internal corruption".

"Rather than supporting Ukraine’s reforms and working to root out corruption, corrupt actors within the Prosecutor General’s Office are making things worse by openly and aggressively undermining reform," Pyatt said during his visit to Odesa on September 24.

Shokin was appointed in February after his predecessor, Vitaly Yarema, resigned amidst accusations that he had failed to investigate landmark crimes, including the murder of Euromaidan protesters in 2014 and the corruption schemes of former president Viktor Yanukovych and his allies.

"In defiance of Ukraine’s leaders, these bad actors regularly hinder efforts to investigate and prosecute corrupt officials within the Prosecutor General’s Office," Pyatt added, according to the text of his speech published by the media office of the US embassy in Kyiv. “They intimidate and obstruct the efforts of those working honestly on reform initiatives within that same office.”

Sergeant to police chief in one summer

In the first two months of operation, just 28 persons were fired from the new Kyiv police, which currently numbers 2,000 officers, Avakov told journalists in Chernivtsi on October 3. "We had expected a dropout rate of around 10-20%, not so few,"  the minister said, adding that the same situation is being observed in Lviv, Odesa and Kharkiv.

"There is no corruption in the [new] patrol police, and there will not be, because we will fight fiercely against corruption among the police. Everybody knows that," Yuri Zozulia, the 26-year-old head of the new Lviv police, tells bne IntelliNews. “When I talk with my subordinates, I even do not touch the issue of [possible] corruption.”

Zozulia's rise was a meteoric one if ever there was. From his humble origins as a junior sergeant in the nascent Kyiv force in the summer, he gained rapid prominence for issuing traffic violation citations to such high-ranking persons as Serhiy Melnichuk, a lawmaker and former commander of Ukraine’s Aidar military battalion, and Hryhoriy Surkis, the vice-president of the European Union of Football Associations (UEFA).

Interior Minister Arsen Avakov, who undersigned the order for Zozulia's promotion, described him as "currently one of the best members of the patrol police [while] only a junior sergeant ... Rank and experience will follow, the main thing is energy and will to effect change".

Meanwhile, Sadovyi recalls the night of February 19 last year, dubbed 'The Night of Anger', when thousands of Lviv residents led by far-right activists stormed buildings occupied by law enforcement agencies in response to the first killings of Euromaidan protestors in Kyiv. As a result of these events, a significant number of weapons was seized in Lviv, and their fate remains unknown.

"We will not run away [in case of similar events] because we are doing the right thing, acting in accordance with the law," Zozulia said about last year's events. “And we know what we stand for. First of all, we stand for the peace and security of residents.” 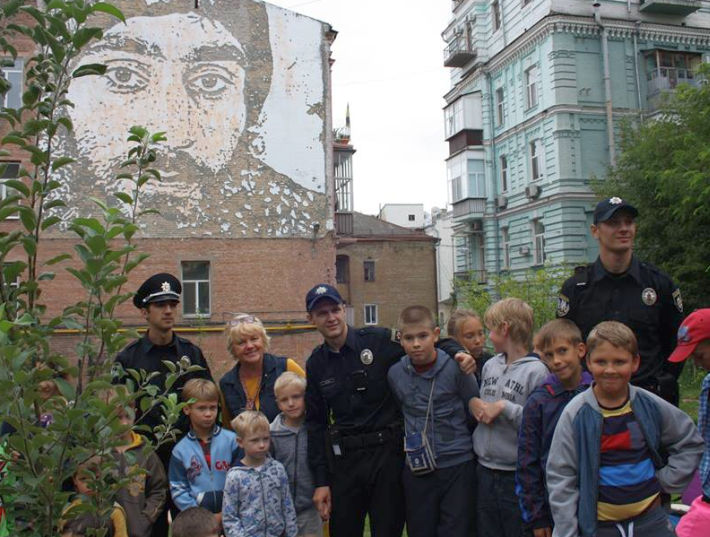 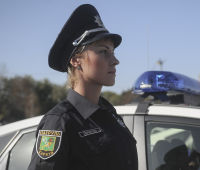