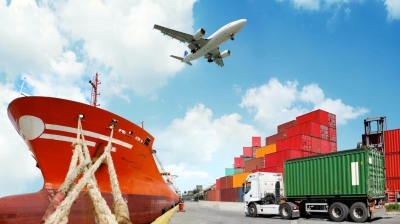 President Vladimir Putin instructed work on 10 existing special economic zones (SEZ) to stop, as well as suspending the creation of any new ones, Kommersant business daily reported on June 8 citing the departmental correspondence. The order was signed on May 27 and must be fulfilled before 30 June.

The decision is an embarrassment for the Kremlin and a failure of the project to copy China’s success with SEZ, which have attracted a huge amount of foreign investment and were the foundation for its export-driven growth in the 1990s. The decision to close the existing SEZ followed the results of audits by the Federal Accounts Chamber, which found them riddled with corruption, tax avoidance, but had not added materially to Russia’s industrial revival.

Putin’s was actually the second attempt at copying the Chinese policy. Former president Boris Yeltsin launched the first in the 1990s, but they were quickly hijacked by businessmen who used them exclusively as a tax avoidance scam.

Putin’s attempt was launched in 2006 to attracted investors and offered reduced red tape, less corruption and special tax regime. Some of the industrial parks that sprang up around the country in frame of the project did well because of the efforts of local governors. The St Petersburg SEZ has been a big success and the region has become a hotbed of industrial activity, partly due to the proximity of the port and the size of the local market. It has become home to foreign and domestic factories.  The region of Kaluga has emerged as another success story and the country's second largest automotive hub, based on its industrial park.

But what makes these locales successful is not the tax breaks but the quality of the infrastructure, the attitude of the local governor and the size of the local market, according to experts interviewed by bne InteliiNews.

The vast majority of the SEZ has met with less success. The Kremlin is admitting defeat in promoting investments with SEZ as the Accounts Chamber’s recent checks revealed ”the inconsistency of administrative decisions," which led to "inefficient use of budgetary funds”, Kommersant reports, citing the regulator. The work of ten SEZ can be stopped prematurely, it found.

In 2006-2015, more than 400 local and foreign investors came to the special economic zones, according to the Economy Ministry. Since 2006, the government spent RUB186bn ($2.9bn) on the creation of 33 zones, of which RUB122bn came from the federal budget.

In nine years only RUB40bn returned to the budget as tax and customs duties from the same zones, whereas the amount of benefits for SEZ amounted to RUB22.6bn. Creation of one job in a SEZ cost the budget RUB10bn - the average salary in Russia for 25 years.

The Accounts Chamber found that of all the money spent on creation of the SEZ, RUB24bn was not used, while the total income from placing funds on deposit in 2006-2015 amounted to RUB29.3bn. The law enforcement agencies are currently investigating five criminal cases of embezzlement, including RUB509mn stolen from the fund reserved for the infrastructural development of Lipetsk region.

In December 2015, Putin instructed the Audit Chamber to check the effectiveness of spending on SEZs. Prior to that, the president admitted that the budget funds allocated for the SEZ are "just sitting on accounts in banks and generating profit, and it’s unclear who receives it.”

Kremlin will not give up the SEZ project completely but rather restructure it as Putin also ordered the government to develop unified approaches to the creation of new SEZ designed to promote the local economies of the so called mono-towns, local economies dominated by a single business, Kommersant reported.

Russia’s Prime Minister Dmitry Medvedev announced on June 8 that “territories of advanced development” (TOR) may appear in all mono-cities.

TOR is a special economic zone with tax incentives for large-scale projects oriented on the cooperation with the investors from Asia-Pacific Region.

"In the Irkutsk region there are more mono-cities than in other places," Interfax cited Medvedev as saying on June 8 in Irkutsk. "We are now considering the possibility of creating areas of advanced development in all mono-cities,” said the head of the government.