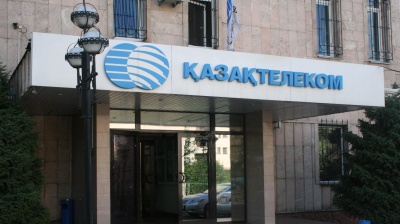 "The traditional telecom business has nearly run its course, and the profit margin of basic services is declining," Kuanshibek Yesekeyev, was quoted by Kommersant as saying. "Operators are beginning to build ecosystems for new digital businesses. Based on this logic, we selected 10 priority areas for developments that are based on solutions linked to AI, video analysis, blockchain, finance, e-commerce and security.

According to Yesekeyev, Kazakhtelecom will be developing as an ecosystem focused on content.

"At this point, we are the main content provider in the country," he explained. "The average consumption of content by household is not changing, remaining at 16 hours. But 10 years ago, those 16 hours were divided between TV and the internet in approximately equal parts, but now the latter is responsible for 14 hours, of which the majority is accounted for by cybersports streaming and online TV series."

Yesekeyev said that in early March, his company launched a TV platform in an attempt to lure users from Netflix, and over the first weeks of operations, 40,000 subscribers joined the platform.

But Kazakhtelecom's next step is production of its own content.

"We are already producing our own cybersport content," Yesekeyev said. "There are various opportunities and possible directions. For instance, many operators are shifting towards banking services. But I believe that we should focus on content."

He went on to say that Kazakhtelecom aims to become a major content generator as opposed to a content aggregator, which it is now. "There are a lot of inspiring examples," he said. "HBO grew from a cable TV station that rebroadcast content produced by others, Sky also moved towards producing its content. This could be TV series, sports content, theme-based talk shows or podcasts that young audiences are into. We have been successful in cybersports, and a series of popular tournaments under our brand, Alaman, generates millions of views on the platform pinger.pro. Basically, Kazakhtelecom as a content platform has already begun to be formed."

Meanwhile, the company's privatisation prospects remain in limbo. As part of a privatisation programme, the Kazakh government planned to sell a 10% share in Kazakhtelecom in 2020 to the country's united pension fund. However, the deal was cancelled. The company explained the decision by the fact that its market share has recently grown and it's in the process of transitioning into an ecosystem.

"The government is very clear about seeing us as a strategic asset," Yesekeyev said. "Currently we are responsible for 66% of the cell phone market, over 80% of the fixed line segment, and over 50% of TV. Overall, our share of the telecom sector is 66%. In a situation like that, any move towards selling our shares will affect the government's strategic interests, and the government decided to approach this sale in a more thoughtful way. I think it won't happen earlier than in 2024 or 2025, or probably even later than that. Why sell an asset whose price is growing and that is showing a high net income?"

Bucharest-listed Purcari bought a 10% stake in 8Wines.com, a fast-growing online retailer of wines.

Exit CEO and founder Dusan Kovacevic says he wants the festival to be at the forefront in utilising new technologies and engaging with its tech savvy audience.