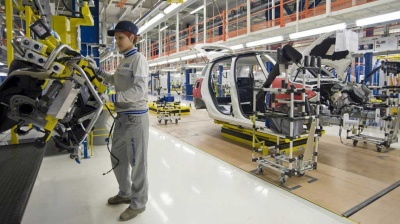 The Fiat Chrysler Automobiles (FCA) plant in Serbia expected to start exporting cars to Russia and other Eurasian Economic Union (EEaU) countries in the near future, after Kazakhstan's Minister of National Economy Kuandyk Bishimbayev indicated Astana would not block the plans.

Serbia has been trying to export Fiat 500L vehicles to the EaEU under a free trade agreement signed with Russia in 2000. However approval from Kazakhstan and other EEaU members is needed, and Kazakhstan has not yet given the go ahead, saying it has been trying to protect its own auto industry. Kazakhstani automakers include Azia Avto and AgroMash Holding, which signed an assembly deal with PSA Peugeot-Citroen in 2013.

Exports to the EEaU are important for the future of the Serbian company, which recently had to switch production from three shifts to two and start a reduction of the workforce through voluntary departures, due to market demand. The company has reduced its workforce by 700 to 2,500 people.

Bishimbayev pledged on August 23 in Belgrade that his country would vote in favour of exports of cars manufactured at the FCA plant in Serbia’s Kragujevac to the EEaU, Tanjug reported.

“Fiat is not a direct competitor to our car production so we have made a decision to support free exports, ie, imports to our region,” Bishimbayev told journalists in Belgrade after the first meeting of a Serbia-Kazakhstan intergovernmental commission on trade held on August 23. He also commented that trade between Serbia and Kazakhstan was well below potential, according to a ministry statement.

According to Bishimbayev, Kazakhstan will approve imports of Fiats made in Serbia at the next EaEU Council meeting. No other members of the EEaU, which also includes Armenia, Belarus and Kyrgyzstan, have raised objections to Serbian auto imports.

“We have waited for all barriers to be overcome and minister Bishimbayev has promised that Kazakhstan will advocate this at the EaEU Council ... I think that the last barrier fell and that Fiat’s exports to these countries is enabled,” Serbia’s Minister of Economy Goran Knezevic told journalists.

The free trade agreement between Serbia and Russia states that goods produced in Serbia which have at least 51% value added in the country are considered to be of Serbian origin and can be exported to Russia duty free. The Fiat 500L, which is manufactured at FCA Serbia’s plant in Kragujevac, meets these requirements.

FCA, a joint venture between Italy's Fiat and the Serbian government, remained Serbia’s largest exporter in the first half of 2016, the finance ministry said on July 26.