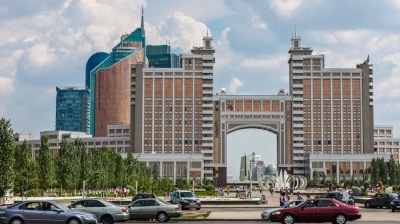 Kazakhstan's sovereign wealth fund is to sell a stake of up 5% in state oil company KazMunayGaz on two domestic stock exchanges in an offering that values the company at Kazakhstani tenge (KZT) 5.1tn ($11.1bn), the company announced on November 7.

The sale plan is one of a series of several times delayed initial public offerings (IPOs) aimed at privatising some of Kazakhstan’s largest firms. Kazakh President Kassym-Jomart Tokayev is attempting to rebrand the IPO plans as part of political and economic reforms necessitated by the response to the deadly political unrest that hit the country in January. In August, Bloomberg reported that Kazakhstan’s sovereign wealth fund, Samruk-Kazyna (SK), was planning to sell shares in oil producer KazMunayGas at a discount in order to boost interest from local investors in the midst of international uncertainty driven by Russia’s invasion of Ukraine.

Priority in the placement will be given to bids from domestic retail investors, the fund's chief executive, Almasadam Satkaliyev, told a briefing. Bids will be accepted between November 9 and December 2.

The IPO looks much humbler than Kazakhstan’s previous grand plans announced several years ago to float 25% stakes in large state-run firms. Plans to sell shares in such companies never properly came to fruition beyond the sale of a 25% stake in the world’s largest uranium producer Kazatomprom in June 2020. The listing of Kazatomprom took place on both the London Stock Exchange and the domestic Astana International Exchange (AIX).

Later in 2020, Kazakhstan put off until 2021-2023 the planned listings of other large state-owned enterprises, including that of KazMunayGaz.

The list of companies with delayed IPOs also includes carriers Air Astana and Qazaq Air, miner Tau-Ken Samruk, railroad firm KTZ and electric power firm Samruk Energy. The government has blamed “high volatility in international capital markets” for the delays. Such privatisation programme delays have been seen across many years.

Earlier this year, the Kazakh authorities announced plans to float Air Astana shares along with equity in KazMunayGaz, but no follow up information on selling off part of the airline has been released since then.