Kazakhstan announces discovery of largest reservoir of hydrocarbons since independence 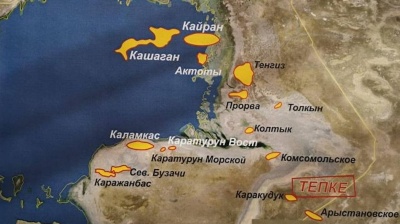 Western Kazakhstan’s oil-rich Mangystau region announced on February 25 the discovery of the largest reservoir of hydrocarbons in over 30 years of the country’s post-independence history.

The field, where the exploration well showed substantial gushes of oil, is under development by a local company called Meridian Petroleum, the Mangystau provincial government said. The oil at the field appears to be low in sulphureous content, which could potentially make it easier to process and transport the oil compared to hydrocarbons produced in other parts of Kazakhstan. Nevertheless, further investigations will be required to determine the field’s potential reserves.

Mangystau governor Serikbai Trumov said the field would “give a powerful impetus" for Mangystau region's social and economic development and lead to the creation of new jobs.

Mangistau province accounts for 25% of all oil and condensate production in Kazakhstan or 18mn tonnes of oil and 3bn cubic metres of natural gas per annum.

The idea of a new and large oil field coming online in Kazakhstan may be a mixed blessing. Kazakhstan’s oil output fell by 5.4% y/y to 85.7mn tonnes in 2020 driven by Kazakhstan’s participation in the global OPEC+ pact to cut oil output, as prices of oil plummeted last year amid a pandemic-driven decline in demand for energy. Global oil prices have been picking up recently.

While the commodity is valuable, the government has struggled to wean the economy off reliance upon it. Taxes levied from the oil and gas industry make up nearly half of Kazakhstan’s state budget.

The new discovery may thus not bode well when it comes to Kazakhstan’s continued over-reliance on oil exports to support its economy. At the same time, the discovery may not even attract much interest after the cost overrun at the Kashagan project — Kazakhstan’s last mega discovery, in the northern part of the Caspian sea in 2000 — which became unnecessarily costly. For instance, Italy's Eni said on February 24 that it sees no scope for new large upstream investments such as Kashagan. Eni’s upstream director Guido Brusco noted that Eni’s revised aspirations pave way for a "new model" for relations between firms such as Eni and national companies. Resource-rich countries would need to work harder to prove their investment attractiveness, he elaborated.

"The large projects which were driving us in the past, Kashagan — the $50bn — those projects are no longer in the strategy of our corporation," Brusco told the online IP Week conference. "We are looking more at incremental projects which will develop discovered resources. But we are not thinking of multi-billion projects any more."

Turkmenistan: A strong and stably economy