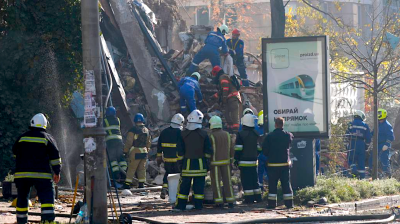 Another wave of Iranian-made Kamikaze drones struck on Kyiv and Southern Ukraine on the morning of October 17, killing at least three people and injuring dozens, as Russia’s relentless bombing of Ukraine’s infrastructure continues.

Air sirens echoed across Kyiv as the day got underway, as five Iranian-made Kamikaze drones exploded in the city, hitting non-residential and residential buildings, killing at least four people including a pregnant woman, Mayor of Kyiv Vitalii Klitschko reported. The attacks come a week after the devastating strikes on Ukraine’s energy infrastructure that brought war back to the capital. 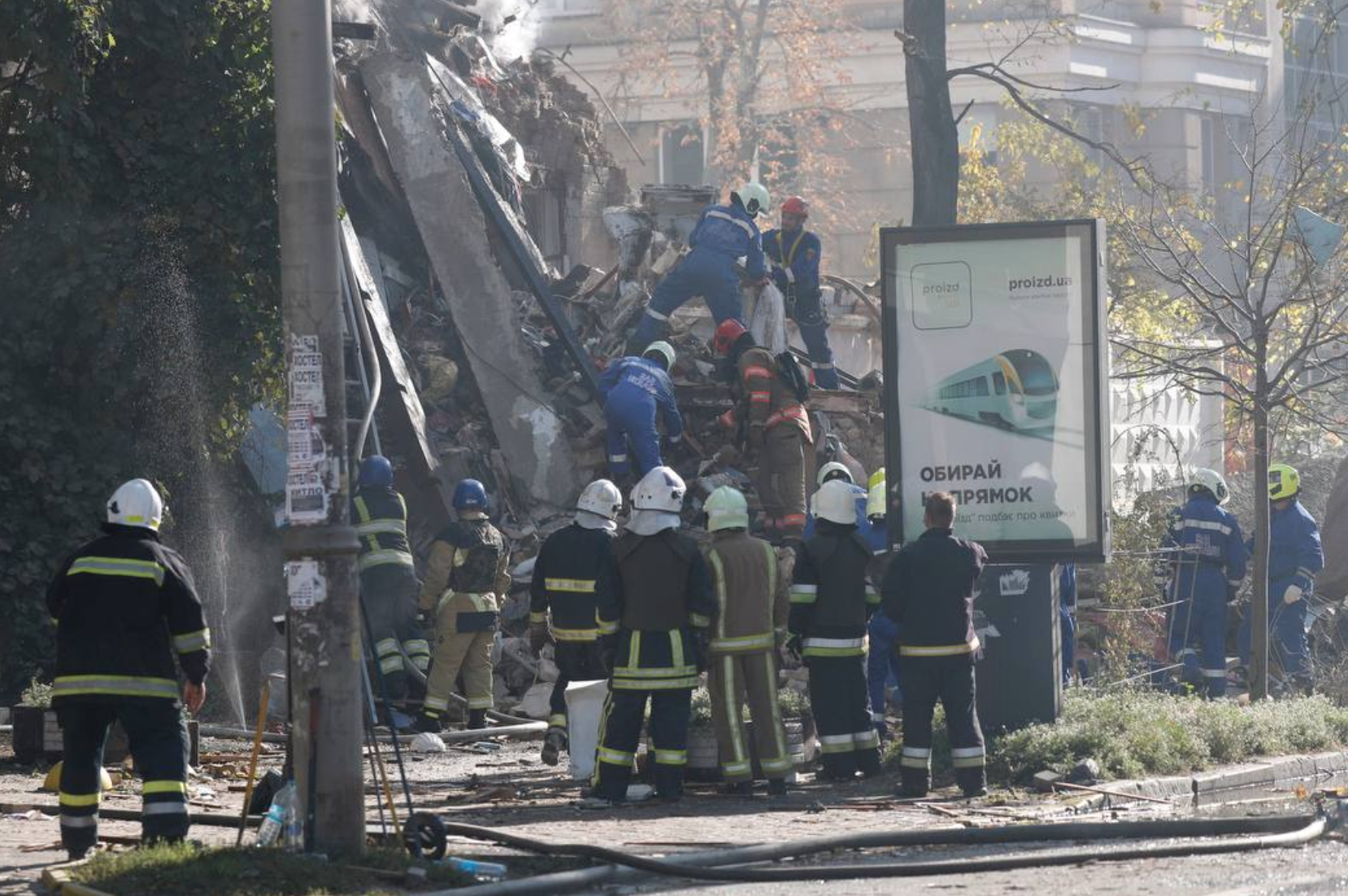 The five drones that got through were also targeting the capital’s energy infrastructure and one drone hit the Ukrenergo power transmission system operator. Other reports said that a total of 28 Iranian-made Shahed-136s drones were launched against the city and all but five were shot down by anti-air defences or by fighter planes.

Attacks were carried out on other cities the same morning. Russian forces hit energy infrastructure in the Dnipropetrovsk and Sumy oblasts in the morning of October 17, causing power outages in "hundreds of settlements", according to Ukraine’s Prime Minister Denys Shmyhal.

A residential building in the centre of Kyiv was hit, killing three residents and leaving dozens more under the rubble. Rescue services said that at the time of writing 19 people had been rescued from the collapsed building, as well as a cat. 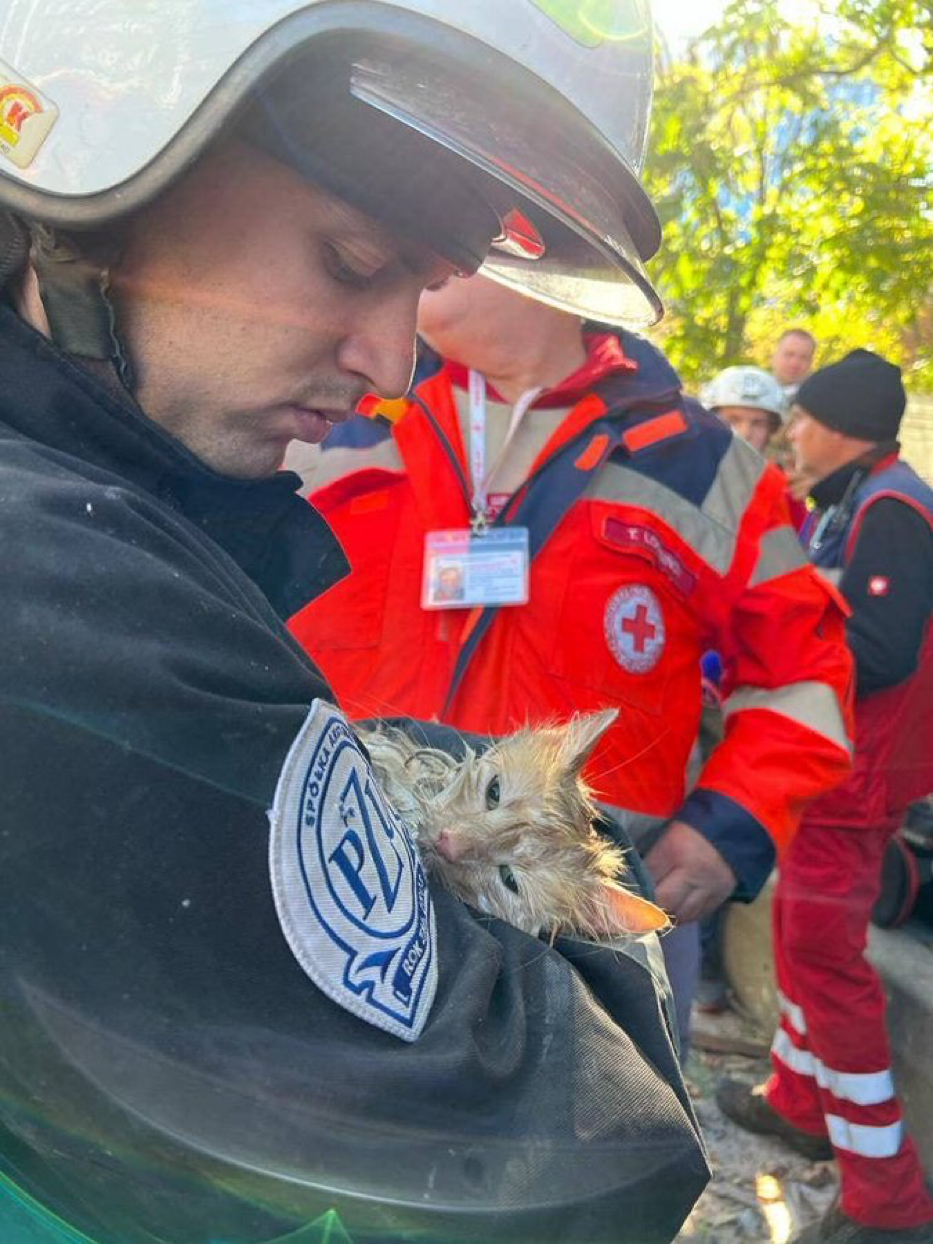 As the drones arrived in the skies over Kyiv gunmen carrying Kalashnikovs opened fire as they flew overhead. The Ukrainian Ministry of Defence announced that a total of 37 Iranian Shahed-136 drones and three cruise missiles were shot down during the evening of October 16 and the morning of October 17.

“All night and all morning, the enemy terrorises the civilian population. Kamikaze drones and missiles are attacking all of Ukraine,” Ukrainian President Volodymyr Zelenskiy wrote on Telegram.

In the south of Ukraine, three drone strikes on the port city of Mykoliav set fire to sunflower oil tanks the evening before the attack on Kyiv. This comes after discussions to include the Mykolaiv seaport hub in the Black Sea Initiative and reintroduce exports from the city. In response, Prime Minister Denys Shmyhal called for "more support for Ukraine and sanctions against the aggressor".

Meanwhile, Mykhailo Podolyak, an advisor to Zelenskiy, demanded Russia be expelled from the G20: “Those who give orders to attack critical infrastructure to freeze civilians and organise total mobilisation to cover the frontline with corpses cannot sit at the same table with leaders of G20 for sure. Time to put an end to ru-hypocrisy. RF must be expelled from all platforms.”

Iran has allegedly sold hundreds of Shahed drones to Moscow since the summer, which are difficult to shoot down due to their relatively small size and low flying altitude. They have a range of 965 km (600 miles) and can loiter for hours above potential targets before launching an attack.

Ukraine’s Western allies, including Germany, France, the USA and the Netherlands, all announced increased air defence support for Ukraine. However, the most valuable support could come from Nato. General Secretary Jens Stoltenberg pledged hundreds of devices to combat Iranian and Russian drones, Ukraine Business News reported.

“These are hundreds of jamming devices that will help render Russian and Iranian-made drones ineffective and protect the Ukrainian population and critical infrastructure. In the long term, we will also help Ukraine transition from Soviet to modern Nato equipment,” Stoltenberg said.

Russia’s recent attacks are geared towards damaging Ukraine’s infrastructure in order to put external pressure on the country and exert psychological pressure on citizens, who will soon face temperatures below freezing. “They want panic and chaos, they want to destroy our energy system,” Zelenskiy said after last week’s attack.