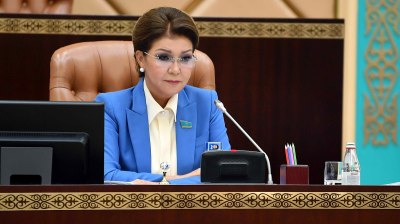 Former deputy chief of the Kazakh presidential administration, Maulen Ashimbayev, has been promoted to speaker of parliament, replacing Dariga Nazarbayeva, elder daughter of former president Nursultan Nazarbayev. She was dismissed by current Kazakh President Kassym Zhomart Tokayev on May 2, prompting Kazakhstan watchers to question whether some kind of power struggle could be under way.

Notably, Tokayev is required to secure approval from predecessor Nazarbayev when appointing most ministers, according to a presidential decree published last October. Nevertheless, the appointment of Ashimbayev raised rumours of a reconfiguration of influence within the Kazakh elite. According to the Kazakh constitution, the parliamentary speaker is first in line for the presidency in the event of the president stepping down, passing away or being unable to fulfill his duties due to health incapacitation.

Tokayev is Nazarbayev’s handpicked successor but does not enjoy the free reign over the country that was held by his predecessor. Nazarbayev still maintains great influence over the levers of power thanks to his special status as lifetime “Leader of the Nation” and his control of the national security council. The removal of 56-year-old Dariga may suggest that rumours about her being primed as the “real successor” to Nazarbayev, with Tokayev, 66, playing a transitory role, can be put to rest. Nazarbayeva had served as speaker of parliament since 20 March last year, the day her father, who will be 80 in July, stepped down as president after three decades in power.

The vote to promote Ashimbayev to the Senate speaker position was held just hours after Tokayev appointed him as a Senate member.

Ashimbayev was Tokayev's campaign manager when Tokayev ran for president in the snap election in June 2019 and has been a member of the Nazarbayev-controlled Nur-Otan (“Radiant Fatherland”) party for 15 years. Ashimbayev made a rapid rise under Tokayev after joining his presidential administration. But this alone cannot be seen as proof that Ashimbayev is potentially more loyal to Tokayev than to Nazarbayev.

Confirmation that a real power struggle is at play would perhaps only become evident if Tokayev went ahead in limiting other members of Nazarbayev’s family, namely son-in-law and oligarch Timur Kulibayev and second daughter and businesswoman Dinara Nazarbayeva. Reports in 2019 suggested a possible power struggle between Tokayev and Kulibayev as allegedly evidenced in the sidelining of the latter from an oil sector celebration event.

Specifically, a report by opposition-oriented analytical website Kazakhstan 2.0: The Expert Communication Channel for the Central Asian Region pushed the theory that Tokayev broke unspoken rules of respect for Kulibayev during his September visit to the city of Atyrau by the Caspian Sea. The visit was officially meant to be part of a 120-year anniversary celebration of Kazakhstan’s oil and gas sector. But it supposedly sidelined Kulibayev, who has long stood as a “key player” in Kazakhstan’s oil and gas industries, partly thanks to his status as head of an important energy lobby group, Kazenergy.

“[Kulibayev] was not even honoured to speak at an extended meeting chaired by Tokayev on the development of the oil and gas industry, which in itself says a lot [about Tokayev and Kulibayev’s relationship],” the report noted.

Nazarbayeva’s removal may also not be so surprising in light of Nazarbayev’s previous remarks in western media that he would not allow his children to rule Kazakhstan.

Many analysts believe that Nazarbayev does not have a succession plan aimed at preserving his family’s direct rule, but rather a “group succession” scheme where various members of the elite would hold a stake in power and jointly support a president that adheres to their interests.

As of now, Nazarbayeva is officially supposed to be transferring to a different post.