While many in the West now pay only lip service to the idea of Russia handing back the Crimean peninsula it annexed in March 2014, Mustafa Jemilev, one of the most influential leaders of the Crimean Tatars and an envoy of the Ukrainian president, has not given up. He tells bne IntelliNews that Western sanctions against Russia should be at the forefront of the fight to return Crimea to Ukraine, though he opposes any military solution to the dispute.

Jemilev was barred by the Russian authorities from entering Crimea in April 2014. Since then he has had no way of entering the territory. “De facto, they have refused me entry to Crimea, but they haven’t provided me with any official document to this effect,” he says.

The Crimean Tatar leader and his lawyer are currently appealing to the Russian courts in an attempt to obtain an official decision from the Russian authorities barring him from entering Crimea. Their aim is to use this document to appeal to the European Court of Human Rights (ECHR). “My wife and relatives remain in Crimea. However, it’s hardly appropriate to talk about discomfort resulting from the fact that I am not allowed to go back to my home, when dozens of Ukrainians are perishing every day in eastern Ukraine,” Jemilev says.

Jemilev is a member of the Ukrainian parliament, representing the bloc of President Petro Poroshenko. Last year, he was appointed by Poroshenko as the presidential envoy on Crimean Tatar affairs. Jemilev was deported by the Soviet authorities to Uzbekistan in 1944, and later became a dissident who fought for the rights of Crimean Tatars. After 15 years in Soviet prisons and labour camps, he returned to Crimea in 1989.

The Mejilis, the representative body of the Crimean Tatars, has appealed to members of the Tatar community not to leave Crimea, “no matter how difficult it is,” Jemilev says. “However, mothers fear for their children,” he adds, pointing to incidents in which Crimean Tatars have disappeared or allegedly been kidnapped, and in some cases later found dead.

According to international organisations, up to 20,000 residents fled Crimea in 2014. “More than half of them are Crimean Tatars,” Jemilev says, adding that for the most part those who left have headed to the western regions of Ukraine. “I believe that the exodus will go on, we are unlikely to be able to stop it. This especially applies to intellectuals and students – those who feel the lack of freedom more acutely than ordinary workers.”

An additional stimulus for Tatars to leave Crimea is conscription into the Russian army. “I do not know a single Crimean Tatar who would like to serve in the Russian army. Although [the Russian authorities] have promised that draftees will not be taken out of Crimea before 2017, nobody believes them now,” Jemilev says. “And taking an oath of allegiance to the occupant is a difficult act, from the moral point of view.”

He also stresses that the Crimean Tatar leaders are "strongly opposed" to the relocation of Tatars to Turkey, a country which is close to the minority both linguistically and culturally, and where there is a large Crimean Tatar diaspora. “Turkey has better living conditions [so] if the Crimean Tatars leave for Turkey, they will not come back [when the occupation is finished].”

Jemilev believes that Turkey is trying to avoid taking a tough stance towards Russia, because of close economic and investment ties, as well as its dependence on Russian energy. “However, as a Nato member, Turkey is ready to fulfil all decisions taken by the alliance. So far, however, Nato has refrained from taking any decisions with regard to the aggressor.”

The absence of any decisiveness on the part of Nato is among the factors why Turkey refused to move its navy close to the Crimean coast during the first weeks of the crisis. Jemilev says that he made such a request of Recep Tayyip Erdogan, the then prime minister of Turkey, in March 2014.

Turkey currently has a declared strategy of using its special relations with Russia to make life easier for the Crimean Tatars. However, Jemilev is sceptical. According to him, Turkey is able to make everyday life easier for the Crimean Tatars, but the country “cannot convert Crimea into a democratic island within non-democratic Russia”. “More importantly, there are no prospects for Crimean Tatars in this country [Russia]. The only solution is to do everything possible to force Russia to leave our territory.”

According to Jemilev, since the very beginning of the annexation of Crimea, the Kremlin has employed two different strategies to gain the loyalty of the local Tatar community. The first is to try to gain the support of the Mejilis, “which is trusted by 90% of the Crimean Tatars”, through “promises and attractive offers”.

“However, this attempt has failed and the Russian authorities have started to use an alternate strategy: repressions, attempts to split the Crimean Tatars and trying to create ‘a fifth column’ who will cooperate with the occupants,” Jemilev says. Today, Russia is preparing fresh elections to the Mejilis, trying to create a “puppet” Crimean representative body, he claims.

Jemilev himself is also under pressure. He says the Russian authorities are trying to manipulate a “family drama” that took place in 2013, when Jemilev’s son Heyser “shot a friend of the family using my carbine”. After the annexation of Crimea, Russian law-enforcement agencies accused Heyser of premeditated murder and relocated him from Crimea to Russia’s Krasnodar for trial. According to Heyser and his lawyer, the killing was a result of negligence.

Jemilev says that in mid-July one Vladimir Putin's aides came to him in Kyiv with a proposal to meet with the Russian president. "He said that if I agreed, then the next day all doors [to Russia] would be open for me. And, most importantly, the next day my son would be home.”

This invitation was the second attempt by the Kremlin to foster negotiations between Putin and Jemilev. In March 2014, before the illegal referendum on Crimea’s incorporation into Russia, Jemilev had a phone conversation with the Russian president during a trip to Moscow on the invitation of Mintimer Shaimiev, the former president of Tatarstan. “Roughly speaking, Putin wanted me to become somebody like [Ramzan] Kadyrov [the president of Chechnya, loyal to the Kremlin] for the Crimean Tatars.”

Jemilev is pushing forWestern sanctions against Russia to be front and centre in the process of returning the Crimean peninsula to Ukraine. “Sanctions could damage Russia to the point that it would want to return Crimea,” he argues. “Andthe West should step up its [sanction] efforts.”

“It would be a major threat to the international community if this situation, in which a military stronger neighbour has seized the territory of another country, went unpunished. We are talking about the protection of the West itself,” Jemilev underlines, though admits that the “de-occupation” of Crimea would take a long time and the issue is likely to remain a frozen dispute for the foreseeable future.

Significantly, Jemilev does not rule out that some Western nations have an interest in spinning out the crisis with the aim of further weakening Russia through sanctions and political isolation. “The more Crimea will be a part of Russia, the more the country will be weakened and vulnerable,” he says.

Jemilev concludes that a military solution to the Crimea crisis would be the most undesirable one for the Crimean Tatars, due to fears that their lives would be in danger if hostilities were to break out. “Even if the Tatars didn’t show clear pro-Ukrainian sentiments," he says, "the Russians believe that the Crimean Tatars are a ‘fifth column’ there.” 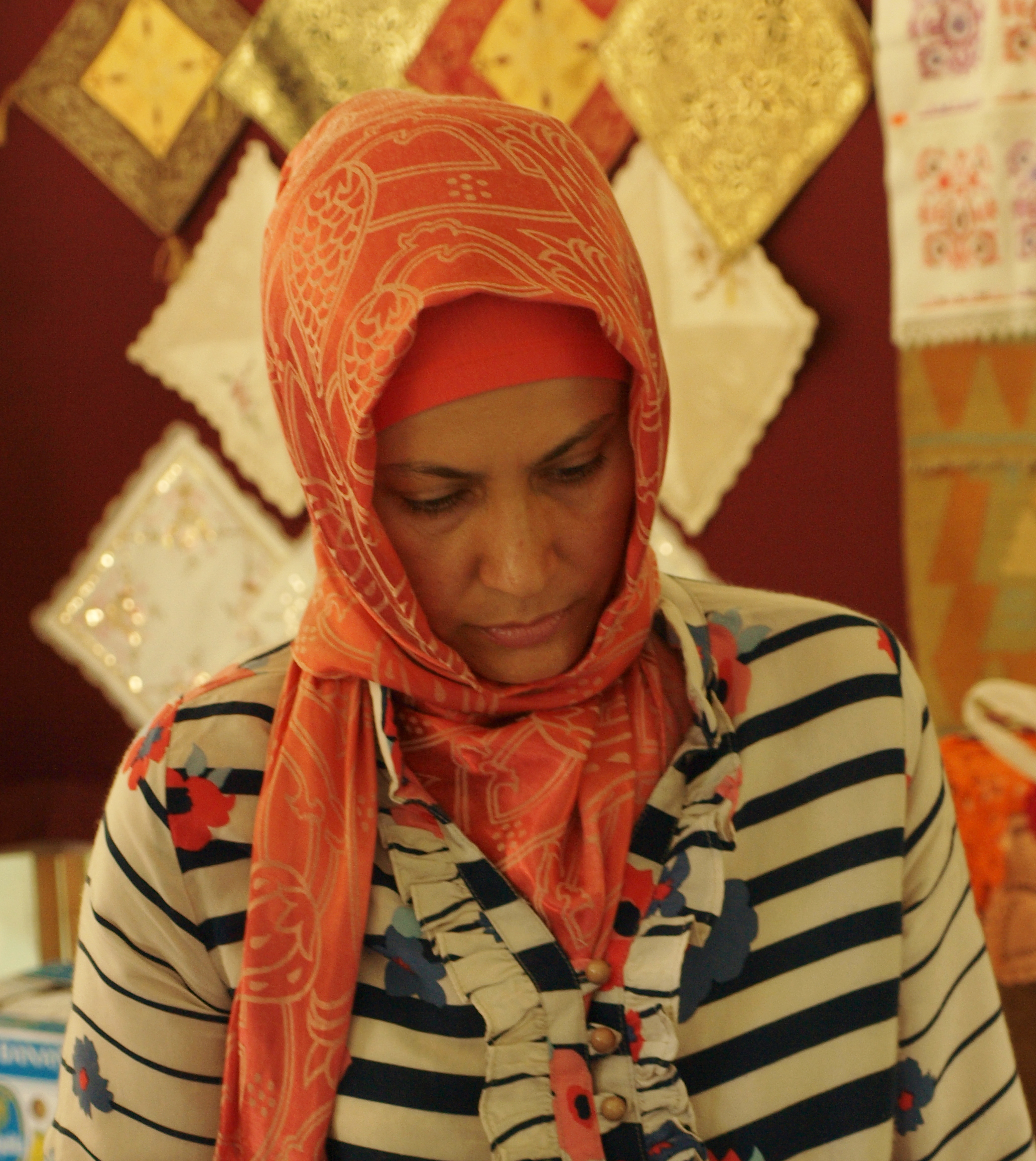