By Clare Nuttall in Bucharest October 7, 2016

After almost four years of intensive effort by the Bucharest Stock Exchange (BVB), the Romanian capital market has been put on FTSE Russell’s emerging markets watchlist, a development that opens up “historic perspectives” for Romania, according to the bourse’s CEO, Ludwik Sobolewski.

FTSE Russell announced on September 29 that the Romanian capital market was on its list countries with “substantial potential” to be upgraded to emerging market status in the short or medium term. A decision on whether to upgrade Romania is due to be made in September 2017.

The news follows numerous reforms initiated by BVB’s management since late 2013, at which time the country seemed to be firmly stuck in frontier market territory with little prospect of an upgrade.

“In late 2013 we elected to carry out serious reforms that had to be undertaken for Romania to be upgraded to the family of emerging markets,” Sobolewski tells bne IntelliNews in an exclusive interview “Romania is one of the leading countries in Europe in terms of economic growth, but this was not reflected in the capital market, which was lagging behind. Romania deserved better.”

The BVB embarked upon an ambitious programme of reforms that included cutting red tape to make it easier for foreign investors to access the market; helping Romanian companies communicate better through improved communications and investor relations as well as English language reporting; and better settlement and clearing processes. Romania’s capital markets law was changed, and a new corporate governance code was adopted.

Another pillar of the BVB’s strategy was to open up dialogue with the major global providers of indices like MSCI, S&P Dow Jones and STOXX as well as FTSE Russell. Previously, little information had been provided on Romania, which led to negative stereotypes being perpetuated, according to Sobolewski. “Now there is a better understanding of what is in Romanian, and we hope Romania will be redefined to reflect better the quality of the local market.”

According to a letter sent by FTSE Russell to the BVB, the decision on Romania’s upgrade will depend on progress on increasing market liquidity and the presence on the market of the country’s largest companies with significant individual liquidity. “The next challenge we face is to improve the liquidity of the market through new listings and by increasing the free float of listed companies – there are good perspectives for both,” says Sobolewski.

The Romanian ministries of economy, industry and transport have drawn up a tentative schedule for the sale of minority stakes in large state-owned companies, which is due to be presented to the government on October 15. This includes proposals to list stakes in several state-owned companies including mining and power group CE Oltenia, energy company Hidroelectrica, Constanta port and Bucharest Airports.

Also in October, Romania’s financial markets regulator, the ASF, approved the property restitution fund Fondul Proprietatea’s plan to sell a 6.4% stake in oil and gas company OMV Petrom through a secondary offering, thereby increasing the company’s liquidity. OMV Petrom is one of the largest companies on the BVB, but only has a small free float. 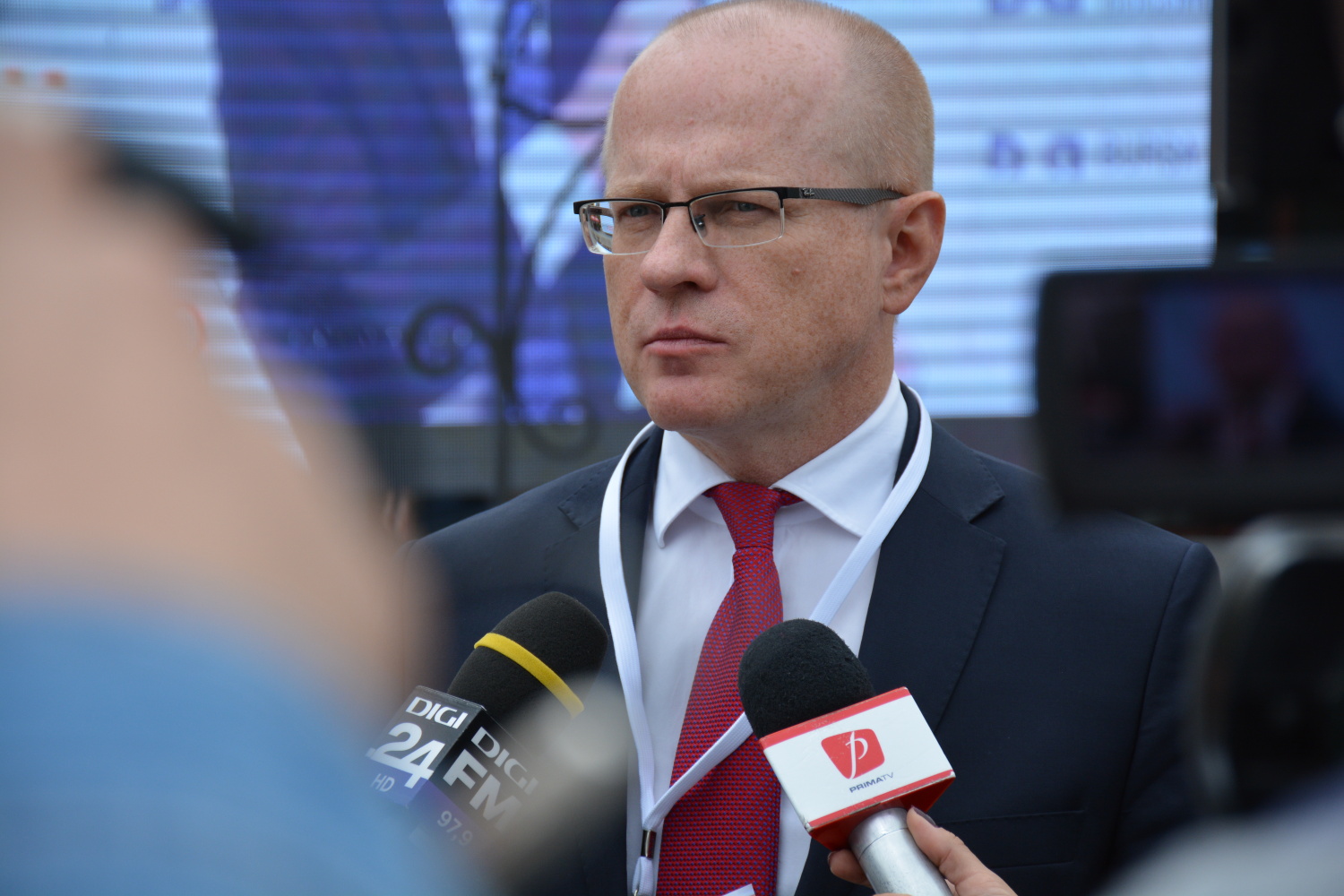 On the investment side, the BVB is following up the reforms made to facilitate investments by foreign and institutional investors by encouraging retail investors. Efforts include launching a competition for individual investors with a Dacia Duster car as the prize for the most successful.  “We need more investors, especially individual investors,” Sobolewski says. “In the past there have been some companies that were willing to list, but thought there was not a large enough market.”

There have been encouraging signs recently, with the government’s bond issue targeting the general population oversubscribed by more than seven times. Nearly 20,200 investors placed orders for the latest bond, 16 times more than for last year’s offer, according to the finance ministry. “Now we have to continue with our work on education and regulation, and to engage the state to a greater extent because the state could give fiscal incentives for the population,” says Sobolewski.

An upgrade can have a transformational effect on a stock exchange. For example, in June 2013 MSCI announced it would upgrade the Dubai, Abu Dhabi and Qatar exchanges. Between 2012 and 2014, the main indices on the three exchanges increased by between 55% and over 200%, while turnover was up by four to ten times, Sobolewski’s colleague Lucian Anghel, president of the BVB board of directors, said in a 2014 interview with bne IntelliNews.