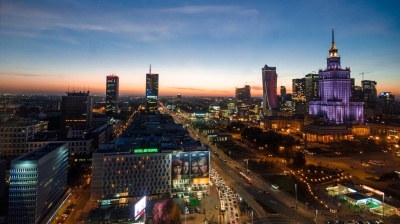 By Rafal Benecki and Jakub Rybacki of ING January 30, 2020

Annual GDP data implies that growth slowed in the final quarter of last year to a modest 3% year-on-year vs 3.9% in the third quarter. Our 3% y/y growth forecast for 2020 is at risk for a downgrade. Slowing activity should reaffirm the central bank's stance.

GDP growth in 2019 decelerated to 4.0% YoY from 5.2% in 2018, according to the initial annual release. While activity moderated in the first half of the year, the fourth quarter brought a serious slowdown.

Why GDP growth slowed in Q4

Based on the annual reading, we estimate that fourth quarter growth decelerated from 3.9% to about 3.0% y/y. Private consumption surprised negatively - slowing from 3.9% to 3.4% y/y. M3 data suggests households have been saving more – growth in deposits was close to 10% y/y, the strongest value since 2011.

Investments revealed a puzzling recovery. The annual figure suggests an acceleration from 4.7% to 7.8% y/y in 4Q, but monthly indicators (e.g. construction output) have broadly suggested a deceleration. This may be the result of a one-off factor (e.g. from the energy sector), and revisions are also likely. GDP growth in 4Q was significantly reduced by the negative contribution of inventories, while net exports were positive.

The euro area is the main export market for Polish companies and while the manufacturing sector has been weak, particularly in Germany, domestic demand has held up much better. Given that Polish companies have limited economic ties with Asia, the impact of the trade war was rather benign. Poland is also significantly less dependent on the automotive sector compared to other central and eastern European states.

Poor outlook, especially for the first half

Today’s data doesn’t change our forecasts. We still see GDP growth at 3% year-on-year in 2020, which is lower than the local consensus of 3.3%. Private consumption should moderate further from 3.9% in 2019 to 3-3.5% y/y. Social transfers and the minimum wage hike should continue to support consumer spending, but the impact will likely be less pronounced compared to the fiscal impulse in 2016. Inflation is also a threat and high CPI may hamper real wage growth.

Investment growth is likely to be muted – we think it could even be flat year-on-year. Even if the fourth quarter were to bring a recovery, we think it would be short-lived. Infrastructure outlays should be low as Poland has passed the peak in the EU funding cycle. Data from the EU fund operator BGK shows that growth of payments decelerated from 67% in 2018 to -4% y/y in the second half of 2019. Investment surveys from the corporate sector are also gloomy. Small and medium enterprises have shown a lower propensity to spend due to additional burdens such as higher labour costs following the minimum wage hike), rigorous tax policy and institutional deterioration.

Weaker growth should reaffirm the central bank's stable monetary policy. The committee is unlikely to react to higher CPI readings, even if price growth exceeds 4% y/y. The main argument is that lower activity should limit inflationary pressures.

CEE hotel deals put on hold amid coronavirus pandemic
IIF forecasts a contraction of -1.4% in CEE, -1.3% in Russia, but Turkish growth remains in the black in 2020
Is the pace of outflows from EMs starting to slow?

Restricting social interaction is a vital part of the efforts to delay the spread of the coronavirus pandemic, but in some countries people fear politicians will use the opportunity for their own ends.

When the biggest health crisis in a century hits, where would you prefer to be: the Netherlands or Georgia? Until very recently, almost no one would name the South Caucasus country as their choice.

In the spirit of openness and transparency, the Uzbek government, represented by State Asset Management Agency (SAMA), has called on a large meeting of stakeholders such as development financial institutions (DFIs), news agencies including popular bloggers and Big Four consulting and audit firms and other interested parties to discuss the large privatization efforts it is undertaking.

Russian companies have been putting ESG policies into place in the last year, but the focus until now was on the environmental element. In the face of a pandemic that focus has now shifted to the social part

BCS: Pricing in a global recession
4 days ago
Citizens fear unscrupulous leaders will take advantage of lockdowns
6 days ago
COLCHIS: Why is Georgia succeeding with the coronavirus where many Western countries are failing?
6 days ago
COMMENT: The Uzbek government reaches out to business ahead of its privatisation campaign
7 days ago
COMMENT: Pandemic brings “S” back to ESG, Russian business responds
7 days ago