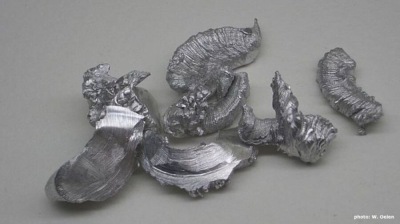 Metals have largely been excluded from the Russian sanctions regime so far, but the White House is mulling adding aluminium to the lists now. / W Oelen
By Ewa Manthey at ING October 19, 2022

Global aluminium prices briefly rallied after news that the United States is considering an effective ban on Russian imports of the metal in response to the conflict in Ukraine. This comes at a time when the LME is also discussing the possibility of banning Russian metal from its warehouses.

Metals have been mostly spared in the rounds of sanctions imposed on Russia that followed its invasion of Ukraine on 24 February.

The news of a potential US ban has revived memories of the chaos in the aluminium market that ensued when the US administration placed sanctions on Russian aluminium producers in April 2018. Back then, LME prices jumped to their highest level in seven years at $2,718/tonne, before gradually falling in the following weeks and months. Sanctions were then lifted in January 2019. This time around, while we have seen strength on the back of reports of a possible ban, the gains have been more modest, given the lack of confirmation from US officials along with the fact there are several forms of action that could be taken.

The Biden administration is reportedly weighing up three potential measures: a complete ban on Russian aluminium, increasing tariffs to levels that would effectively act as a ban, and sanctioning the company that produces Russian aluminium: Rusal.

The scale of the impact will depend on which of the three options the US opts for.

The war in Ukraine has had little effect so far on Russian aluminium exports to the US, with most customers likely to have entered into long-term contract agreements.

In the scenario that the US imposes a ban or raises tariffs on Russian aluminium, there will likely be a limited impact on the global market.

Russia was the third-largest exporter of primary aluminium to the US in 2021, but imports from the country were far behind the 2.54mn tonnes and 354,000 tonnes shipped from Canada and the United Arab Emirates respectively.

In the first half of this year, the US imported about 120,000 tonnes of primary aluminium from Russia out of 2.12mn tonnes in total imports.

If the US shuns Russian metals, Russia may increase its exports to sanction-neutral countries like China, the world’s biggest aluminium consumer. China would then buy discounted Russian material to use domestically and export its aluminium products to Europe and the US to fill the gap left by the Russian import ban.

China imported 230,511 tonnes of primary aluminium from Russia this year up to August, accounting for 77% of its total aluminium imports.

Unless a US ban is accompanied by an EU or LME ban, any spike in prices that would follow such a move would most likely be short-lived.

However, if the US decides to sanction Rusal, the impact could be more severe, bearing in mind the market’s reaction to the sanctions in 2018. The move could freeze the Russian producer out of Western markets, depending on the severity of sanctions, which would boost global prices for the metal and distort global aluminium trade flows.

Rusal is not only a major producer of primary aluminium. It is also deeply embedded in global supply chains needed to make the metal – bauxite and alumina. Rusal’s 2018 sanctions affected operations in Guinea and Jamaica, while smelters in Europe struggled to secure raw material supplies. The Irish government also considered intervention to safeguard jobs at Rusal Aughinish Alumina, Rusal’s largest producer of alumina.

If the US sanctions the Russian aluminium producer, it could make other buyers cautious of taking in Russian material, fearing exposure to possible secondary sanctions. Supply tightness and shortages that would likely follow would be most felt in Europe, where the industry is already grappling with low stock supplies and is more reliant on Russian supply. Europe is Rusal’s biggest customer, accounting for 40% of sales revenues.

Buyers have been increasingly pushing back as contracts for next year are being negotiated. Some companies, including Novelis and Norsk Hydro, have already rejected Russian material for next year’s supplies. US sanctions could also encourage the LME to act – the bourse launched a discussion paper earlier this month on a potential ban of Russian metals. Back in 2018, after sanctions were imposed, the LME barred users from delivering any metal made by Rusal into its global warehouses. This would, as a result, make traders and consumers cautious of buying new metal from Rusal, since they wouldn’t be able to deliver it to the LME – the buyer of last resort.

The LME is considering three options: it could continue to accept Russian metal, set a cap on Russian metal in LME warehouses, or issue an outright ban.

Given that Russia accounts for about 5% of global aluminium output, the metal would be one of the most affected if we were to see a ban or limits on Russian deliveries into LME warehouses.

Russian aluminium has accounted for as much as three-quarters of LME stockpiles over the past decade, according to the exchange.

Clearly the LME is worried about the risk of Russian metal being dumped into LME warehouses as buyers become less willing to accept Russian metals for next year’s supplies.

Russian metals flow into the exchange’s warehouses, in the scenario that the LME doesn’t issue a ban or only limits Russian deliveries, which would cause some issues. First, a strong increase in LME inventories could put further pressure on prices, while there could also be a growing amount of aluminium in LME warehouses, which buyers are not willing to touch. This could potentially lead to a disconnect in prices.

There is already speculation that recent LME inventory increases in copper and aluminium are being driven by Russian material. LME on-warrant aluminium stockpiled jumped 63% so far this week and now stands at 527,675 tonnes, according to data from the bourse, with the increase driven by deliveries into Malaysia’s Port Klang warehouses. On-warrant stockpiles have now doubled since the start of October.

A full ban on Russian metals would be the most bullish outcome of the LME discussion paper, effectively cutting Russian metals off from the exchange. With LME disappearing as the market of last resort for Russian metals, Russian suppliers would have to look elsewhere for willing buyers. Disruption to trade flows would likely offer an upside to affected metals, including aluminium.