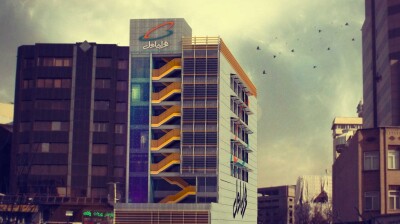 MCI is not faring well amid the unrest. / bne IntelliNews
By bne IntelIiNews October 31, 2022

The authorities have intermittently throttled internet speeds and have also entirely cut off popular websites and global apps including WhatsApp and Instagram. They have also stymied access to providers like Gmail, making work and communications increasingly difficult. Internet connectivity has remained spotty or worse over prolonged periods, with both locals and foreigners in Tehran reporting effective disconnection.

MCI reported in its monthly newsletter said that contract and pay-as-you-go subscriber earnings reached IRT 2,500bn in September, down on earnings of IRT 3,200bn in August, indicating a month-on-month reduction of 21.8%.

In recent years, since the introduction in Iran of fourth-generation internet (4G), MCI and its main competitor MTN-Irancell have increasingly relied on profits from data packages for the bulk of their income and profits.

Mohammad Javad Azari Jahromi, the former communications minister, referred on his Telegram channel to a "prediction of a decrease in the operators' income of 10 thousand billion toman by the end of this year" and "a sharp drop in the share value of the telecom sector on the stock market," Radio Farda reported.

He added that "serious liquidity problems" suffered by the companies might materialise in the "non-payment of contractors' claims or long delays in the payment of employees' salaries."

Research indicates that 47% of Iran’s internet businesses have lost more than 50% of their income in recent weeks amid the Iranian regime’s unprecedented restrictions imposed on internet access.

According to the research, carried out by the Tehran Computer Trade Union Organization, if the internet disruptions continue, 73% of businesses with less than 50 employees will record losses of 50mn toman (around $1,180) a day.

Iran has seen the closure of around 300,000 e-commerce stores that depend on social media for business as a result of the government’s throttling and disconnecting of the internet during the nationwide protests, Shargh reported lately.

According to the newspaper, prior to the igniting of the protests in the country of 85mn in mid-September, Iran’s volume of online sales was running at around 750 times the rate of traditional purchases. Internet sales are by now thought to be a source of income for some 9mn Iranians.

Elon Musk’s Starlink recently benefitted from the removal of US government restrictions that previously stood in the way of it introducing its satellite-based internet service to Iran—although, as things stand, the Iranian regime is extremely unlikely to give Starlink permission to operate. Any use of its internet provision for the time being would rely on smuggled-in equipment and reception infrastructure in countries neighbouring Iran.