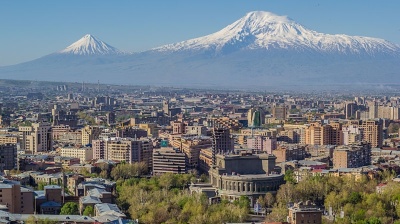 The IMF executive board has approved a 36-month $248.2mn stand-by arrangement (SBA) for Armenia, the fund said on May 17.

Of the sum, around $35.5mn is immediately available to Armenia, while the remainder will be made available subject to six semi-annual reviews. However, the Armenian authorities plan to treat the arrangement as precautionary, and will only draw on the funds in case of shocks resulting in balance of payments needs.

According to the statement, the SBA will support the Armenian authorities’ efforts to strengthen the economic fundamentals and policy frameworks, as well as supporting effective implementation of structural reforms, particularly those relating to governance and improving the business climate.

The IMF called the launch of the government’s five-year economic programme this year, following the peaceful political transition of 2018, a “watershed moment [that] created a new opportunity for Armenia to deal with the oligarchical economic system and combat corruption”.

“The government programme is centred on advancing structural reforms to generate a broad-based inclusive growth and strong policies to maintain macroeconomic stability. To support this programme, the authorities have requested a stand-by arrangement with the Fund,” the Fund noted.

“The authorities are committed to a sustainable fiscal path, supported by the fiscal rule, while creating space for critical spending in enhancing infrastructure and social spending,” the IMF commented.

“Economic activity has strengthened, and public debt has started to decline. Inflation is under control, the financial system remains stable, and international reserves are assessed to be adequate. Nonetheless, continuing reform efforts are needed to support a more balanced and inclusive growth, by reducing imbalances, improving the business climate and strengthening governance, and advancing measures to reduce poverty and unemployment.”

The European Union has forbidden all Armenia-based airlines from flying to the bloc under latest changes made to a list of unsafe carriers. The EU has raised concerns about the country’s ... more