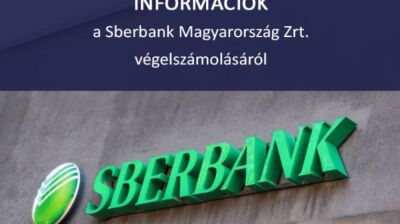 Hungary has frozen Russian assets worth €870mn, the majority of which are owned by failed Sberbank, Minister of the Prime Minister's Office Gergely Gulyas said at a weekly press briefing last week, fielding a question, ending months of news blackout on the issue.

In December, leftist broadsheet Nepszava reported that the Orban government had informed the European Commission of the size of Russian assets frozen in Hungary at the end of November. Previous reports put the value of seized assets at just €3,000.

The Orban cabinet ordered a news blackout on the issue, Nepszava wrote in December, adding that all of its requests for information were turned down. In other member states, governments were much more open about disclosing related information, it added.

Sberbank was put on the sanctions list in July 2022 after the EU introduced financial sanctions against Russia.

The Hungarian subsidiary of the Russian lender was wound up in March 2022, after its Austria-based parent failed amid international sanctions against Russia. The company had deposited HUF100bn (€252mn) in Austrian Sberbank Europe. The Austrian parent company went bankrupt on March 1. A few days later, the National Bank began the liquidation of the bank and the compensation of depositors.

Hungary’s insurance deposit fund OBA paid out close to HUF147bn to over 65,000 clients.

The credit portfolio of Serbank Hungary was taken over by MKB Bank, member of the Magyar Bankholding group, boosting its loan book by HUF330bn. The bank took over about 35,000 retail clients and 3,000 corporate clients.

Sberbank Magyarorszag had total assets of HUF511bn at the end of 2020, public records show.