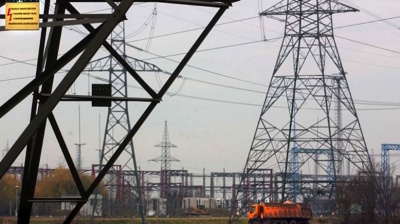 Hungarians pay the lowest gas and electricity prices nominally, as prices have been frozen since 2013.
By bne IntelliNews July 14, 2022

Viktor Orban’s government made a remarkable turnaround on one of its key policy issues, the regulated price scheme on July 12, after it declared an energy state of emergency and reduced eligibility for regulated energy prices for retail clients.

From August 1, regulated energy prices for households will apply only to electricity and gas consumption up to the national average, while market prices will apply to consumption over the average, said Gergely Gulyas, the head of the Prime Minister's Office at the weekly presser.

The blanket cap on household electricity and gas prices is “simply unaffordable" in the current wartime energy crisis, he said.

Hungarians pay the lowest gas and electricity prices nominally, as prices have been frozen since 2013.

Keeping energy prices artificially low was an important element of Orban’s re-election campaign and that of his government policies over the last 12 years, after setting a price cap on central heating, gas and electricity consumption in 2013.

Maintaining the price cap has put an enormous strain on the budget. According to the European Commission, state-owned utilities are expected to get capital injections amounting to 1.1% of GDP in 2022 and 0.7% in 2023. The gap between the market price and centrally fixed prices is leading to a monthly HUF100bn loss for state utility giant MVM.

As part of the energy state of emergency, domestic gas production will be raised from an annual 1.5bcm to 2bcm by adopting dearer extraction technology. Gas prices are high enough that it is even worth using more expensive technologies in gas extraction, he added.

The government has also mandated the minister of foreign affairs and trade to procure more gas. Lignite extraction will be stepped up "to the greatest degree possible" and blocks at the country’s second-largest power plant, Matrai Eromu will be restarted. The government will apply for an extension of the lifespan of the existing blocks at the Paks nuclear power plant.

The largest opposition party DK said the abolishment of the blanket price cap is an acknowledgment of the government’s failed policies. In the election campaign, the government accused the united opposition of planning to unwind the utility price scheme.

Just more than two months after the election, the government admitted that it had lied throughout the campaign and gave up on his most important political "product”, MP Akos Hadhazy wrote.