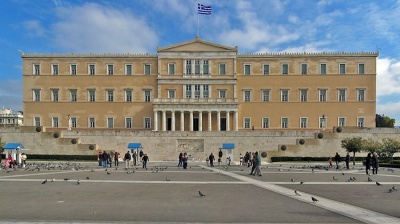 As Greek MPs prepare to vote on the Prespa name deal, the UN mediator for the Macedonian name issue Matthew Nimetz has warned of “serious consequences” if the deal fails.

A heated debate on the name deal has started in the Greek parliament, with the vote scheduled to take place on late January 24 or 25. Prime Minister Alexis Tsipras needs 151 votes in the 300-seat parliament for it to be ratified.

The Macedonian parliament endorsed the constitutional changes related to the name deal, according to which the country will be renamed North Macedonia, on January 11. If ratified in the Greek parliament the name deal will solve the long-standing name dispute and will unblock Macedonia's EU and Nato integration processes.

“The consequences of the failure will be profound and both sides might well reconsider many elements that had been agreed to," Nimetz said in an interview with Greek agency ANA-MPA.

He also ruled out the possibility, as some have suggested, of a renegotiation of the Prespes name deal if it does not become effective.

Nimetz said that his best estimate is that reaching a new agreement "would take years, not months, given that all the issues would once again be on the table, and given that there are likely to be different political dynamics in both countries, as well as changes in the regional and global environment," according to the article.

The name deal was signed in June 2018 despite strong opposition in both countries, and a comment from the Warsaw-based Centre for Eastern Studies (OSW) warns that, “The biggest threat to the implementation of the Greek-Macedonian agreement is the unstable situation on the Greek political scene.”

The opposition in Greece is against the use of the term Macedonia in the new name, while the Macedonian opposition considers the agreement harmful to the nation.

North Macedonia’s central bank decided on January 15 to cut the key rate to 2% from 2.25%, assessing that there is a space for further easing of monetary policy. The decision was based on ... more