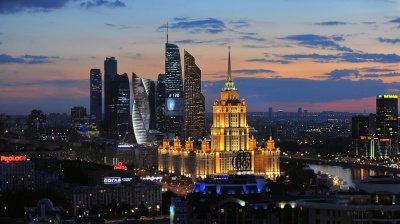 Goldman Sachs, Citigroup, Morgan Stanley and Credit Suisse are among Western investment banks in Moscow losing out as fees from deal-making jumped to their highest level in three years.

The rebound in Russia’s equity, bond and loan markets comes as commodity prices rallied amid signs that Russia is emerging from international isolation caused by sanctions over the Kremlin’s annexation of Crimea and its interference in the Ukrainian civil war. The investment banks benefitting the most are the state-controlled champions VTB Capital, Sberbank CIB, Gazprombank as well as China Development Bank.

However, Western pioneers of Russia’s capital markets like Goldman Sachs, Citi, Morgan Stanley and Credit Suisse and have been locked out of the fee bonanza. Data from Freeman shows that Credit Suisse, which first arrived in Moscow in 1976, didn’t earn a single buck from investment banking last year. Goldman Sachs, Citigroup and Morgan Stanley brought home negligible amounts as the three Wall Street titans dropped out of the top 20 rankings. Only JP Morgan and Switzerland’s UBS bucked the trend for Western lenders, with the former jumping to 5th spot from 10th and the latter surging to 6th from 48th a year earlier.

The realignment in Russia’s capital markets comes after Western lenders cut credit lines to Russian corporates, slashed headcounts, and moved bankers and lenders from Moscow to London in the wake of the shock annexation of Crimea in March 2014. In the meantime, President Vladimir Putin’s administration turned to its own banks for funding and pivoted to Asia in a bid to replace traditional financing from the US and Western Europe.

British lenders Barclays and Royal Bank of Scotland have already cut and run. bne IntelliNews also reported exclusively last year that Jefferies had become the first Wall Street bank to shutter its Moscow business. Deutsche Bank, another Western titan, has also missed out on dealflow after a trading scandal forced it to close its Moscow operation and rely on its London hub to service Russian deals.

The big winners in 2016 were the Russian state-controlled lenders and a Chinese state-controlled bank. VTB Capital, headed by former Soviet diplomat Andrey Kostin, claimed top spot yet again with a 23% share of the fee pool worth $83mn. The big surprise was the arrival of China Development Bank in second spot after its fees surged 15-fold to $55mn due mainly to its participation in the financing of the mammoth liquefied natural gas project, Yamal LNG.

“The Yamal LNG project loans were by far the largest fee events of 2016, which went to local and Chinese banks,” says Nassof.

Sberbank CIB, whose parent is run by former economy minister Herman Gref, rose one position to third with a 10% share of fees worth $36mn. Gazprombank, which is allegedly run by former FSB agents, dropped back to fourth spot from second in 2014 with a 7% share worth $24mn.

Most of the roles in Russia’s rebooted privatisation programme were awarded to Russian banks, though Italian lender Intesa Sanpaolo was chosen in May for the sale of a stake in state oil producer Rosneft. Freeman says fee data from Rosneft’s deal would be included this year after the transaction closes in January.

Russian bond sales in foreign currencies and initial public offerings (IPOs) made a comeback last year after drying up in 2014 and 2015. Fees raised from equity capital placements more than doubled to $35mn, with the $500mn IPO of privately-held oil producer Russneft being the standout deal.

Revenues from foreign exchange bonds also made a remarkable rebound, rising 160% to $23mn from $9mn. Income from ruble bonds also rose to $13mn from $8mn.

Mergers and acquisitions was the one glaring black spot, particularly as consolidation of Russia’s once-bloated and corrupt banking sector came to a halt. Fees from domestic M&A deals retreated 32% to $46mn from $68mn in 2015, while revenues from cross-border deals declined to $28mn from $33mn.

The forecast for 2017 is for the recovery in Russia's capital markets to accelerate, especially as onerous US sanctions are expected to be eased by the incoming administration of Donald Trump.  The economy is also expected to emerge from a two-year recession as oil, the country's main revenue earner, continues to rise.

Russia’s stock market has been recovering for the past year and is one of the hottest globally. The dollar-denominated RTS ended 2016 with a whopping 51% return, making it one of the five best performing markets in the world. The ruble-denominated Micex leapt 27%.

Most investment bankers think the market still has more room to run despite the 2016 rally as Russian stocks remain very undervalued in comparison to their emerging market peers.

Last year’s “catch-up” returns on the stock market are unlikely to be repeated in 2017, but most of the investment banks are predicting another 15-20% gain – possibly more if the Kremlin really can make peace with the White House.