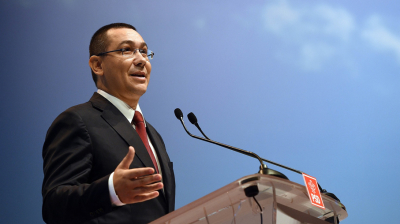 Former prime minister Victor Ponta denied the accusations against him in the first court heating of his corruption trial on March 18. Ponta is on trial on 17 counts of forgery, as well as money-laundering and complicity in tax evasion.

Ponta was the first Romanian prime minister to be indicted while still in office, and the first hearing in the trial comes four months after Ponta left office. Ponta resigned on November 4 following mass protests over a Bucharest night club fire, which led to 64 people losing their lives so far. The event sparked mass protests, with demonstrators demanding deep political change in the country and an end to official corruption.

Prosecutors claim that Ponta forged documents to cover payments made to him between 2007 and 2008, a period before he became a government minister and when he was still working as a lawyer. The payments, amounting to around RON181,000 (€40,000), were made by a law firm for services that were never delivered to state-owned company CE Oltenia.

Romanian politician and former transport minister Dan Sova, the owner of the law firm at that time, was also heard on March 18, Agerpres news agency reported. Other former top managers of the energy company are also facing trial for financial fraud.

Ponta has repeatedly dismissed the accusations and for a few months refused to resign from the government, even blaming them “the obsession of an unprofessional prosecutor to assert himself in his career by making up and imagining untrue facts and situations from 10 years ago,” However, under pressure from the streets, and probably from Party of Social Democrats (PSD) leader Liviu Dragnea, he quit his mandate in November.

Ponta was Romania’s youngest prime minister. Following the corruption charges and the trial, his future political career looked gloomy. However, former president Traian Basescu, one of Ponta’s main rivals, commented on March 18 that if Ponta wins the trial, he has good chances of returning to political life, according to Hotnews.ro.

A lawyer by education, Ponta’s career has been predominantly influenced by his mentor, former prime minister Adrian Nastase who has served a prison sentence for corruption. Ponta worked as a prosecutor from 1995, when he graduated from the University of Bucharest law school, to 2001, when he joined the government as secretary of state and the head of the government's Control Department. In March 2004, he became minister-delegate for control of international grant programmes implementation and for monitoring the application of the Acquis Communautaire.