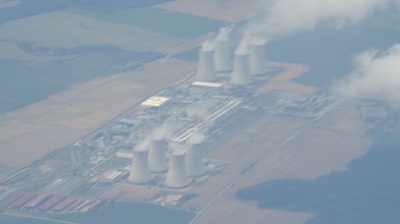 The tender for the construction of the new nuclear unit at the Dukovany power plant in Czechia will be delayed to 2021, said the Minister of Industry and Trade Karel Havlicek.

The Permanent Committee on Nuclear Energy discussed four possible options at a meeting on December 9, which will be addressed by the heads of parliamentary parties by the end of January, when the final decision will be made.

A framework agreement on the construction of the new nuclear power plant was signed by the Czech state, the semi-state utility company CEZ and Elektrarna Dukovany II in July this year.

By 2024, the investor CEZ has to tender for the main supplier of Dukovany, negotiate a contract, secure all necessary permits and to ensure that the new power plant unit is put into operation in 2036. The state will bear guarantees for political and legislative risks that could make the project impossible.

According to Havlicek, the options considered include a scenario in which all five current bidders will be invited to the tender; the second option is to invite three bidders without Russia and China. Another option is to postpone the selection procedure until after the parliamentary elections next year, Havlicek added.

The fourth option is the so-called ‘3+2 model’, where Russia and China could be allowed to take part in supplier consortia, and the remaining members would be EU and Nato countries which is, according to Havlicek, the preferred option.

Havlicek pointed out that in the 3+2 model Russian and Chinese firms could join forces with the other three potential bidders — South Korea’s KHNP, France’s EdF and Westinghouse of the United States.

"It is an option where we would not throw the baby out with the bathwater, we would secure a competitive tender, we would be able to reduce the price and at the same time protect the state’s security interests," he said to the Czech News Agency.