European Parliament calls for admission of Bulgaria, Romania to Schengen 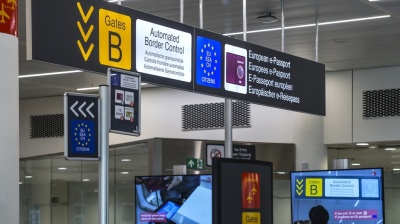 Bulgaria and Romania have so far not managed to join the Schengen zone despite meeting all the criteria. / europarl.europa.eu
By bne IntelliNews October 18, 2022

Members of the European Parliament adopted on October 18 a resolution calling for admission of Bulgaria and Romania to Schengen as the two countries have long ago fulfilled all the criteria.

The resolution was accepted with the votes of 547 MEPs, while just 49 were against and 43 abstained.

“Noting that the Schengen area is “one of the greatest achievements of the European Union”, MEPs criticise the Council’s failure to take a decision on admitting Bulgaria and Romania, even though the two countries have long since fulfilled the necessary conditions. Maintaining internal border controls is discriminatory and has a serious impact on the lives of mobile workers and citizens,” MEPs noted.

On October 12 and 13 representatives of the European Commission and EU countries conducted an inspection in Bulgaria to check if the country meets all Schengen border control standards. This inspection was carried out following an invitation from the Bulgarian authorities.

MEPs have called for Bulgaria and Romania’s admission into Schengen on multiple occasions, such as in a 2018 resolution, the 2020 resolution on the state of Schengen in the context of the pandemic, and a 2021 report on the functioning of the free travel area.