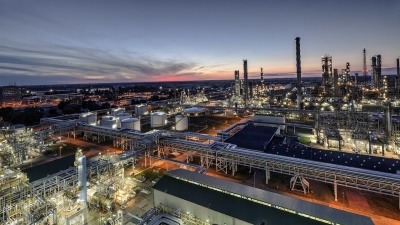 The merger with Lotos is conditional on a number of commitments that PKN Orlen will have to meet.
By Wojciech Kosc in Warsaw July 14, 2020

Poland has long said it would like to merge its two refining companies to create a “multinational company with a global reach”, Poland’s state assets ministry said in a statement. Also on July 14, PKN Orlen announced signing a letter of intent for the next merger, with the oil and gas company PGNiG, which the Commission will likely have to investigate, as it did in the case of the Lotos merger.

The merger with Lotos is conditional on a number of commitments that PKN Orlen will have to meet.

The company will need to divest a 30% stake in a Lotos' refinery in Gdansk with the purchaser having the right to approximately half of the refinery's diesel and gasoline production, while also giving the purchaser access to storage and logistics infrastructure.

PKN Orlen will also have to divest 389 retail stations in Poland — some 80% of Lotos’s network — and to supply these with motor fuels; sell Lotos's 50% stake in the jet fuel-marketing joint venture with BP; continue to supply the joint venture and give it access to storage at two airports in Poland; make available up to 80,000 tonnes of jet fuel per year to competitors in Czechia via an annual open tender; and, divest two bitumen production plants in Poland and supply the purchaser with up to 500,000 tonnes of bitumen and heavy residues annually.

“We can approve the proposed acquisition of Lotos by PKN Orlen because the extensive commitments offered by PKN Orlen will ensure that the relevant Polish markets remain open and competitive and that the merger will not lead to higher prices or less choice for fuels and related products for businesses and consumers in Poland and Czechia,” the Commission Vice President for Competition Margrethe Vestager said in a statement.

PKN Orlen’s business extends quite far beyond Poland. The company owns two refineries in Poland as well as refineries in Lithuania and Czechia and is active on the wholesale and retail markets for refined oil products in Poland, Austria, Czechia, Estonia, Germany, Latvia, Lithuania and Slovakia.

It also has activities in the upstream exploration, development and production of crude oil and natural gas. PKN Orlen is also active in the petrochemicals market.

Grupa Lotos is smaller. Apart from owning Poland’s only other refinery, Lotos is active on the wholesale and retail markets for refined oil products, mostly in Poland but also in Czechia, Estonia, Latvia, Lithuania and Slovakia. It is also active in the upstream exploration, development and production of crude oil and natural gas as well as in the petrochemicals market.

The merger will proceed with PKN Orlen first taking over a 33% stake in Lotos, the state assets ministry said. That will be followed by a purchase offer of a further 33%. PKN Orlen could eventually buy the full stake in Lotos.

Southeast Europeans most likely in EU to believe corruption is getting worse
Lukashenko pushing illegal Iraqi refugees over the border into Lithuania
COMMENT: Time to end Putin's impunity