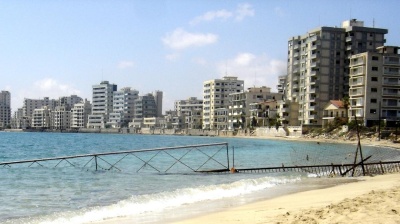 Turkey’s strained relations with the US and the European Union once more look in danger of deteriorating further with rows breaking out over the Erdogan administration’s aggressive moves in relation to Northern Cyprus and Germany's Chancellor Angela Merkel on July 22 remarking that she "wants close relations with Ankara, but does not anticipate Turkey's accession to the EU".

In truth, the possibility of Turkey’s decades-old application to join the European bloc advancing has not looked close for several years, but Merkel’s comments may indicate that a recent slight warming of relations between Ankara and the European powers and Washington is at risk of going into reverse.

Given his aggressive foreign policy, such as over Eastern Meditterean territorial and resource rights, disregard for basic human rights, acquisition of weapons systems from the Kremlin and backsliding on the development of democracy, Turkish President Recep Tayyip Erdogan knows that transactional relationships are the best he can hope for with the Biden administration, Berlin and Paris—as reported by Reuters, Merkel, always wary of fresh waves of migrants eager to make it to the European continent, also referred to how "Turkey is doing an outstanding job of taking care of Syrian refugees”—but at the same time he needs to continue to play to his core voters at home with actions that rile major Western nations. The task for Erdogan is as usual to work out which red lines he can cross and how far he can go.

Thus, Erdogan, struggling with an economic crisis and fading popularity among Turks, now finds himself under fire from France, the US and the UK—though Britain’s foreign policy towards Turkey is very much marked by its need to quickly strengthen foreign trade and investment relationships following its ‘Brexit’ from the EU—after a Turkey-backed announcement from the Turkish Cypriot authorities that they are to partially reopen an abandoned town on the divided island of Cyprus for potential resettlement.

France on July 21 criticised the move as a "provocation".

It was during a visit by Erdogan, pointedly on the 47th anniversary of the Turkish invasion of Cyprus, that the Turkish Cypriots angered the Greek Cypriots and Greece—both of which are EU members—by stating that part of Varosha would come under civilian control and people would be able to reclaim properties. The Greek Cypriots said the move amounted to a land-grab by stealth.

Varosha, a somewhat spooky collection of derelict high-rise hotels and residences in a military zone that has been kept off limits for decades, has been deserted since a 1974 war split Cyprus.

Entering the row, US Secretary of State Antony Blinken said on July 21 that any attempt to reopen Varosha would be at odds with UN resolutions and commitments to resume peace talks. “The US is working with like-minded partners to refer this concerning situation to the UN security council and will urge a strong response,” he said in a statement.

French Foreign Minister Jean-Yves Le Drian discussed the matter with his Cypriot counterpart on July 20 and agreed to raise the topic at the United Nations.

"France strongly regrets this unilateral move, upon which there had been no consultations, which constitutes a provocation and harms re-establishing the confidence needed to get back to urgent talks over reaching a fair and long-lasting solution to the Cypriot question," Le Drian's spokesperson said.

During his visit, Erdogan talked of a "new era" for Varosha, a town on the island's eastern coast, and said: “We will not take their [the EU] advice … we will do what we need to do.”

Turkey's foreign ministry described the EU's critique as "null and void". It was, it said, disconnected from realities on the ground and favoured Greece. "It is not possible for the EU to play any positive role in reaching a settlement to the Cyprus issue," it said.

Peace efforts have repeatedly got nowhere on the ethnically split island. A new Turkish Cypriot leadership, backed by Turkey, is making the case that a peace accord “between two sovereign states” is the only viable option.

Ankara maintains about 35,000 troops in the occupied north.

Separately, Karen Donfried, nominee for US Assistant Secretary of the State Department for European and Eurasian Affairs, said on July 20 during her confirmation hearing at the Senate Foreign Relations Committee that the US should be open to working together with its European allies to bring sanctions against Turkey should it continue violating the rule of law.

Asked by Democratic Senator Chris Van Hollen whether she would agree to stand firm with partners in the EU against the planned opening of Varosha, Donfried replied: "Yes, I do agree that we should work closely with EU and European allies on how to push back against this. I think we'd be stronger in doing so."

Europe, however, has several times in recent years come under fire for not standing firm against Erdogan by stopping short of introducing meaningful sanctions against Ankara.