Erdogan may be world’s most 'insulted' leader 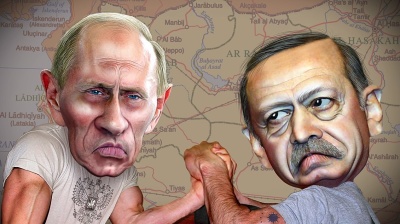 Turkey’s president Recep Tayyip Erdogan reportedly may be the world’s most insulted leader.

From 2014-2018, some 17,500 people were sued for insulting him, according to figures from the Turkish Justice Ministry cited by Al-Monitor on March 12. The offence is punishable by one to four years in jail. In 2018 alone, some 26,000 new probes into alleged insults against Erdogan were launched, with hundreds of minors among the “suspects” prosecuted, the publication noted.

Many lawsuits against claimed insults have been launched by Erdogan’s lawyers, but it appears that no-one knows how many lawyers across Turkey are working to sue those who criticise the populist strongman, in power for 17 years and since mid-2018 the country’s first executive president following the introduction of a presidential republic in place of the former parliamentary republic.

One citizen was sentenced to 12 years and three months in jail in September 2017 for seven separate social media entries, each of which counted as an insult against Erdogan.

In 2016, a citizen was sentenced to two years and four months in jail for referencing what she considered to be the president’s extravagant spending in a tweet: “Forget about the oil prices! We have the most expensive president in the world.”

Orhan Kemal Cengiz, a human rights lawyer and a former president of Turkish NGO Human Rights Agenda Association, wrote in the Al-Monitor article: “It would not be an exaggeration to say that Turkey might be a world champion of punishing those who insult the president, so long as it is missing an independent judiciary and established culture of freedom.” 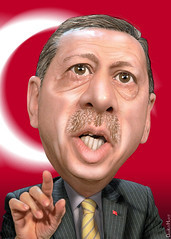 The European Court of Human Rights (ECHR), of which Turkey is a party to, has a clear approach towards insulting heads of state, taking the standpoint that politicians must tolerate criticism, and criminal liability is accepted only in exceptional cases, Cengiz observed.

The question of whether the Erdogan administration is perhaps rather over-zealous in pursuing citizens accused of insulting the president was brought back into focus following a melee that broke out in the Turkish parliament on March 4.

Dozens of lawmakers of Erdogan’s ruling Islamist-rooted Justice and Development Party (AKP) and the main opposition and secular Republican People’s Party (CHP) brawled over the involvement of the Turkish military in the Syria conflict.

The melee, which included pushing and punching, was sparked when CHP MP Engin Ozkoc took the rostrum. Shortly before he had told a press conference that Erdogan was “dishonourable, ignoble, low and treacherous”. He also accused Erdogan of sending the children of Turkey’s people into battle in Syria while his own offspring avoided long-term military service. Erdogan’s lawyers are suing Ozkoc for one million lira ($162,000) for libel. A public prosecutor, meanwhile, has launched a probe into his remarks.

Earlier, during a speech to AKP legislators, Erdogan himself had used the words “dishonourable, ignoble, low and treacherous” to describe opposition representatives who questioned Turkey’s involvement in the Syria conflict.

CHP leader Kemal Kilicdaroglu reportedly paid some Turkish lira (TRY) 147,000 to Erdogan in compensation as a result of libel lawsuits between 2009-2018. After Kilicdaroglu's lawyer, Celal Celik, argued in his defence petition to an Ankara court that statements on alleged Erdogan corruption from his client had a concrete basis and were true, the president’s lawyers launched a lawsuit against him. He is now being tried because of his claims.