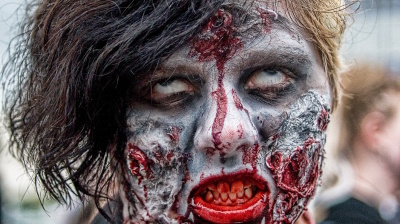 Rolling over of corporate debt during the pandemic has created a growing risk of “zombification” of firms, the European Bank for Reconstruction and Development (EBRD) warned in its 2022/23 Transition Report.

In a joint report with the EIB in May it said prompt state action had helped rescue firms during the COVID-19 pandemic, but now it recommends that governments should gradually dial down help to vulnerable companies, so they could either learn to adapt to the new climate of higher interest rates or exit the market by going into insolvency.

“After a decade of rising indebtedness and the shocks caused by the COVID-19 crisis, corporate debt levels in the EBRD regions are at a record level. The ‘evergreening’ of cheap loans to vulnerable companies represents a significant risk, as ‘zombie firms’ create negative spillovers for healthy companies,” said the report, published on November 22, which covers the 40 countries of the bank’s operations in Eastern Europe, Eurasia and North Africa.

Corporate debt issued on favourable terms during the era of low interest rates has been rolled over during the pandemic to struggling companies, with banks offering repayment holidays, negotiated cuts to outstanding amounts, emergency interest-only loans and even new lending.

Meanwhile, governments have often imposed repayment holidays, given emergency credits and passed emergency insolvency legislation that, for example, has meant companies have not had to file for insolvency when they have become insolvent.

This has kept rates of default at all-time lows and helped insolvencies to keep falling, even as companies struggled with the pandemic, supply chain problems and now the energy cost crisis.

“We have not seen the fallout from covid and war in terms of bankruptcies,” EBRD chief economist Beata Javorcik told bne IntelliNews in an interview. This will lead to a rise in the number of “zombie” firms that are insolvent or close to insolvency but still receive lending from banks, she said.

According to the report, debt to GDP levels in EBRD regions in 2021 exceeded 150% for the first time.

“Zombie” firms burden banks, which may then fail to provide loans to healthy firms.

In the EBRD regions, many of the banks keeping alive these "zombie" companies are state-owned; others are too weak to write down bad debts or face significant legal obstacles dealing with them. “Undercapitalised and state-owned banks have stronger incentives to support zombie firms, as do banks in countries where insolvency frameworks are weak,” the EBRD says.

Funding and workers remain tied up in these “zombie” firms, which can damage the healthy firms, which receive less revenue and may struggle to find workers and loans for investment.

"The other risk is that policymakers focus on immediate needs and push the burden of costs into the future," she said. "By introducing such [assistance] measures now, you are pushing costs onto the banking sector and this will result in long term higher costs of borrowing for households and firms as banks are going to budget such policies into their lending decisions."

“The question is how it is going to play out, and you see some countries such as Hungary for instance continuing with this support,” Javorcik said.

She warned: “When you fight fires don’t kick the can down the road. Don't push all the costs and the budgetary pain into the future because that lowers growth prospects.”