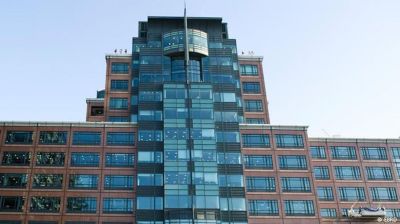 The European Bank for Reconstruction and Development (EBRD) is reportedly mulling capitalising its $41mn (AZN70mn) of loans to Azerbaijan's Demirbank, local banking sources have informed bne IntelliNews. The EBRD is already a shareholder with a 25% stake in the medium-sized Azerbaijani lender, which was on the verge of default in November according to Fitch Ratings.

By turning its loans into share capital, the EBRD would give a vote of confidence to Demirbank at a time when the Azerbaijani banking sector is being rocked by the default of the largest lender, International Bank of Azerbaijan (IBA), on foreign obligations and the closure of 11 banks in 2016.

Azerbaijani banks' woes began in 2015 when a sudden depreciation of the Azerbaijani manat following years of exchange rate stability endangered their ability to service their foreign debts. Many Azerbaijani banks had, until that point, borrowed externally in foreign currency and granted loans in manats. As clients within Azerbaijan began defaulting on debt in increasing numbers, banks found themselves unable to service their obligations.

The Azerbaijani government created a new financial markets regulator in 2016 and proceeded to revoke the licences of those banks that it deemed to be in violation of prudential norms. It also increased the minimum capital requirement fivefold to AZN50mn ($29.6mn). It is feared that IBA's recent default on foreign debt is affecting all the lenders in Azerbaijan and their ability to access finance abroad.

In November 2016, Fitch Ratings downgraded Demirbank's long-term issuer default rating from 'B-' to 'CCC' and its viability rating from 'ccc' to 'f' to reflect its view that the bank had failed, before withdrawing the rating altogether.

Demirbank's financial results for 2016 have not been made public. However, Fitch Ratings found that is liquidity levels at end-2016 were alarmingly low, and that the lender was dependent on the central bank's regulatory forbearance and extraordinary external capital support.

The EBRD reportedly asked Demirbank to demand that a $35mn loan to construction company Azeryolservis would be repaid as a precondition of turning its loans into share capital. The lender has reportedly complied - and temporarily halted lending. It is expected that the EBRD will now increase its share in the bank. Demirbank is said to resume lending in June.

According to Trend news agency, Demirbank's assets stood at AZN538.8mn at end-2016, its loans at AZN376mn and its capital at AZN46.8mn, slightly below the regulatory minimum.

Over time, the EBRD has granted Demirbank several loans, including a $42mn syndicated loan including $13mn in direct financing in 2014 to support the private sector's development, a $7mn subordinated loan in 2012 and a $5mn loan to finance energy efficiency projects in 2014.

In February 2016, Demirbank signed an agreement with another crisis-stricken lender, AGBank, regarding a merger. No further information about the merger is available.

Dutch development finance company FMO owns 10% of the shares in Demirbank. The lender has not disclosed the identity of the remaining shareholders, but it is believed that board chairman Farid Abushov owns a large part of the remaining 65% stake.

OUTLOOK 2020 Azerbaijan
COMMENT: Will the US launch large scale war against Iran following the assassination of Qasem Soleimani
Caucasus braces for conflict in neighbouring Iran