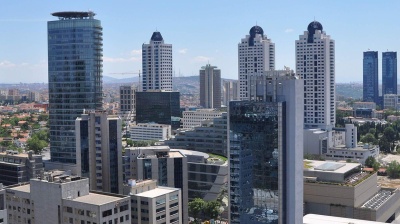 The European Bank for Reconstruction and Development (EBRD) on November 8 presented a report to Turkish regulators and banks that makes 30 recommendations on how Turkey can restructure laws and markets to enable foreign companies to easily buy some of the tens of billions of dollars in bad debt held by its lenders.

The proposals include permitting the securitisation of non-performing loans (NPLs), the protection of lenders from embezzlement charges and allowing sales to firms licensed elsewhere.

Arvid Tuerkner, the EBRD’s managing director in Turkey since late 2017.

EBRD officials told reporters that Turkey’s justice ministry is expected to propose insolvency law adjustments early in 2020 that would help clean up the NPLs, Reuters reported.

The bad debt represents one of the worst hangovers from last year’s currency crisis. There are particular difficulties in Turkey’s energy and construction industries, with companies unable to service some debt. It is anticipated that the NPL ratio of Turkish banks will rise to 6.3% by end-2019. The figure was revised after the BDDK banking regulator in September instructed the banks to reclassify around $8bn in loans and provision for losses.

The EBRD takes the line that Ankara has taken some significant steps towards resolving the NPLs problem, but that greater coordination and planning would ensure risks do not spread in an economy that is emerging from the recession that took hold earlier this year.

“The steps are not sufficient yet, but they are in the right direction,” Arvid Tuerkner, the EBRD’s managing director in Turkey, told reporters.

Reuters reported on November 4 that regulators, bankers and the EBRD were meeting this week to study regulatory changes to allow foreign investors to easily buy Turkish NPLs, a market that some say could be based on some $50bn in debt.

Presently, Turkish banks can only sell NPLs to fellow Turkish banks or domestic asset management companies. A series of efforts this year to clean up the debt have been abandoned, with lenders reluctant to sell to hungry outsiders, leaving Turkey’s secondary loan market mostly dormant.

The EBRD has recommended opening the market to investors looking to securitise the loans, adopt in-court restructuring procedures and to train and appoint specialised judges. It said that its advice was in line with what Italy, Greece and Spain have done in years past.

If sufficient changes to regulations and laws are made Turkish banks may enter into talks with foreign distressed-debt traders and funds. But some demands for sharp discounts, or haircuts, on the loans may be heard.

“Banks will tell you they would love to sell, but the bid-ask spread is too large and the investors don’t want to spend as much,” Bojan Markovic, the EBRD’s deputy director of economics, policy and governance, was cited as saying.

“But as we see more certainty coming, [such as] reclassification of NPLs, this bid-ask spread will slowly diminish,” he added. “The further you postpone the resolution and dealing with it, the bigger the problem is.”

Famous ex-defence reporter arrested, accused of treason
8 hours ago
Turkmen President Gurbanguly Berdimuhamedov takes a holiday as WHO mission finally arrives in Ashgabat
8 hours ago
Violent clashes with police at thousands-strong anti-lockdown protest in Belgrade
16 hours ago
Belarus presidential election to have no outside observers, opposition may united by a single candidate
23 hours ago
US intelligence memo admits there is “no evidence” of Russian payment of bounties to Afghans for killing US soldiers
1 day ago