EBRD 2022: Board of governors walk out after Russians insist on speaking 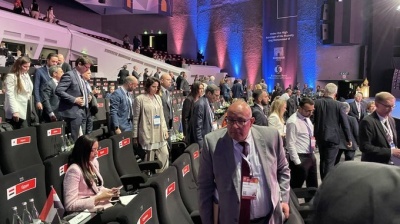 The EBRD has suspended operations in Russia since the annexation of Crimea in 2014, but it remains a member of the bank. / twitter
By Ben Aris in Marrakech May 11, 2022

The majority of delegates at a closed session of the EBRD board of governors walked out of the hall on Wednesday 11 May when Sergey Verkashanskiy, board director for Russia, insisted on speaking at the development bank’s ongoing annual meeting in Marrakech.

The EBRD suspended operations in Russia following the 2014 annexation of Crimea, but Russia remains a member and the Russian delegate was attending the closed session of the board of governors remotely.

After Verkashanskiy began to speak, the audience stood up en masse and left the hall, leaving it nearly empty after only a few minutes.

“Total exodus at @EBRD annual meeting as Russia insists on speaking!” tweeted EBRD board member Jens Lundsgaard as the delegates left the room.

“Massive walkout by most EU, G7 & other national delegations at start of Russian intervention @ebrd annual meeting because of war on [Ukraine],” tweeted Caspar Veldkamp, another EBRD board member in attendance.

The impact of Russia’s invasion of Ukraine has dominated most of the sessions at the first in-person meeting the bank has held in three years. Thus far, the EBRD has committed €2bn in aid for the Ukrainian economy, which has been devastated by the unprovoked attack.

“Russia and Belarus don’t belong to the EBRD family,” tweeted Estonia's delegation at the EBRD annual meeting. "[Estonian delegates] @KeitPentus, @rahandus, together with most colleagues, left the seat for the duration of RU and BY intervention."

"This is how the hall looks like while Russia speaks,” tweeted Mart Kivine, alternate executive director at EBRD, from the almost empty hall. 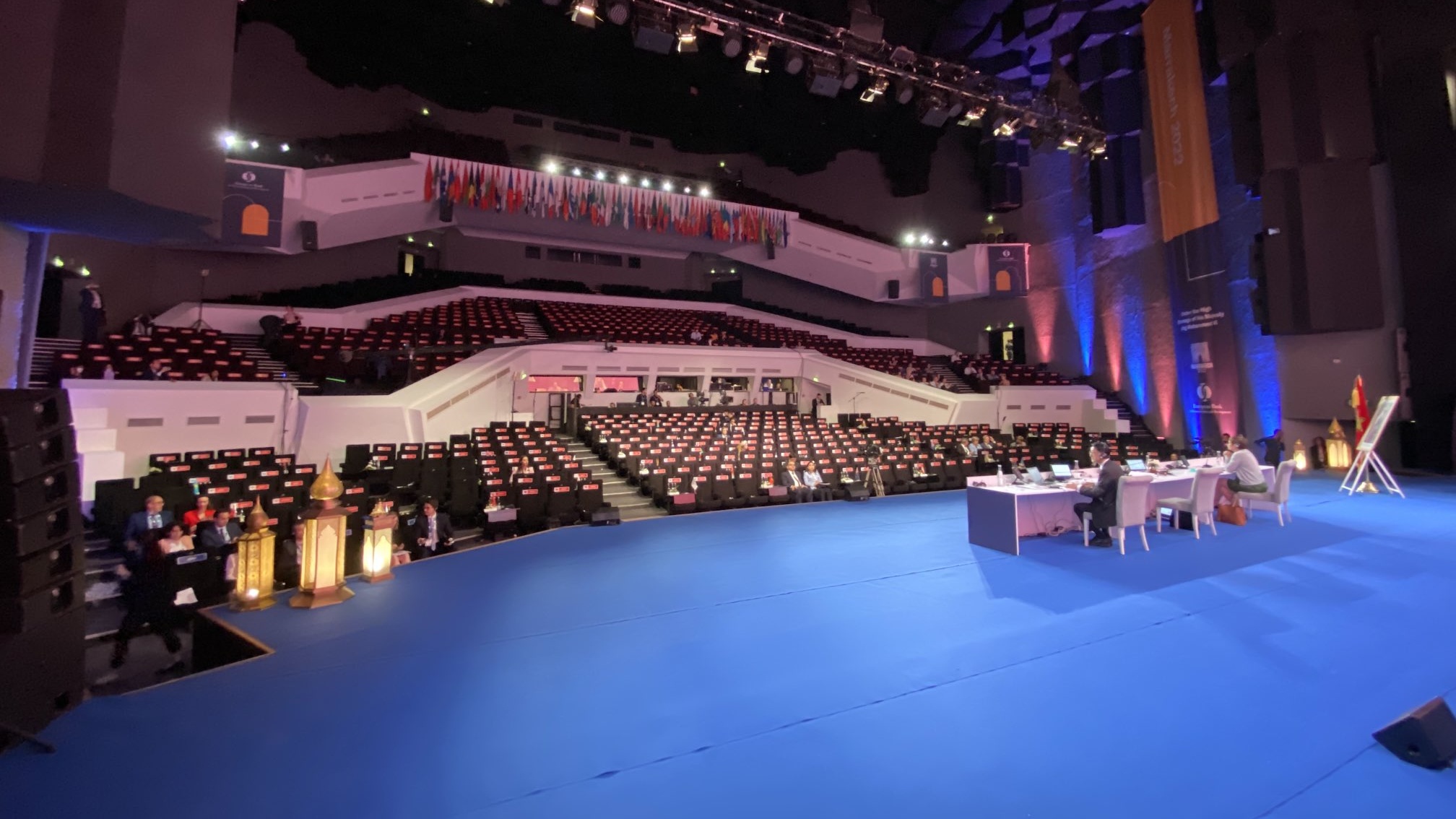 Many of the sessions at the EBRD annual meeting have dived into the details of how the Russian invasion has destabilised commodity and energy prices, severely affecting many countries in the bank's catchment area. Rising food insecurity and the possibility of a food crisis in Africa have been especially high on the agenda.

Ukraine’s Finance Minister Serhiy Marchenko has been one of the guests of honour at the annual meeting and spoke to the governors by video link in a keynote session on the situation in his homeland.

Marchenko added more details to the massive destruction and the cost of the war to Ukraine, estimating that its economy would contract by a whopping 45% this year and that Ukraine needed hundreds of billions of dollars to rebuild. In the short term, the minister said, Kyiv currently needs some $5bn a month to finance its budget but said that the government was “fully functional” and meeting all its salary, pension and social obligations for the population.

The EBRD board of governors has already committed itself to fully mobilising its resources to overcome the challenges created by the war on Ukraine by Russia, EBRD President Odile Renaud-Basso told the assembled governors in public comments earlier in the day.

The bank has already approved an initial €2bn ‘Resilience and Livelihoods Package’ to help Ukraine and other countries affected by the war in the short term.

“Time after time, the EBRD has shown its true character during a crisis,” she told the event, attended by bne IntelliNews. “And we’re demonstrating that character again today…. We’ve continued to disburse, and have increased our trade facilitation programme limits, in part to boost global food security. We’ve proposed reallocating donor resources to help with the crisis.”

‘We repurposed existing projects to provide liquidity to clients in Ukraine,” she continued. “And with the support of our donors and shareholders, we will be able to do much more to keep the Ukrainian economy afloat, focusing on the private sector, and key infrastructure.”

ING: Back to the 80s? What soaring inflation, US rate hikes and a stronger dollar mean for EM sovereign debt

EM debt crisis around the corner

ING: Back to the 80s? What soaring inflation, US rate hikes and a stronger dollar mean for EM sovereign debt
EM debt crisis around the corner
bneGREEN: Zero-carbon housing a key battleground for climate change