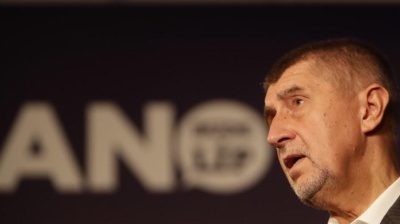 Czech Prime Minister Andrej Babis' wealth fell 63.5% year-on-year in 2018 for third year in a row to rank him fourth richest in the country
By bne IntelliNews September 24, 2019

The 2019 ranking of the 50 richest Czechs and Slovaks compiled by the Euro weekly shows some significant changes. While Czech billionaire Petr Kellner remains top dog, Czech Prime Minister Andrej Babis (ANO) has fallen two spots to be ranked as the fourth richest person in the country. He has been overtaken by oligarchs Radovan Vitek and Karel Komarek, the weekly informed on September 23.

Babis, who has held the number two spot for years, lost his position mainly due to the falling profitability of Agrofert and its growing indebtedness. As bne IntelliNews reported, the consolidated profit of the Agrofert Holding, formerly directly owned by the Czech PM, fell for the third consecutive year by 63.5% year-on-year in 2018. Czech analysts pointed to the drop in profits in chemicals and the food industry as the reason for the fall, particularly as regards activities of German bakery group Lieken.

While the wealth of Babis and another six listed people shrunk y/y, a majority of 36 oligarchs out of the 50 richest Czechs and Slovaks increased their wealth. Daniel Kretinsky, who ranked fifth behind Babis only by a narrow margin, recorded sharp growth in his net worth. Petr Marsa and Romuald Kopun, owner of Fio bank, improved their rankings the most.

The only newcomer on the list is Martin Hajek. Hajek owns a Prague-based tech company focused on sport information and scores, which is highly profitable and has a global presence. However, given the lack of official figures, the Hajek net worth estimate of CZK8.5bn (€328mn) given by the weekly was based on very limited amount of data.