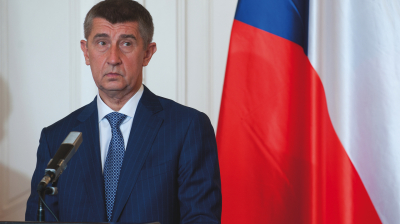 Czech police requested on August 10 that parliament remove the immunity of Andrej Babis, billionaire leader of the Ano party and likely next prime minister after the elections in October, to allow his prosecution over fraudulent EU funding claims by his Capi hnizdo (Stork’s Nest) resort.

The move appears to be the latest effort by the Czech Social Democrats (CSSD), leader of the current coalition that includes Ano, to make up ground on the populist centrist party, which has led polls with around 30% support for over a year. However, the left-leaning CSSD’s several attempts to drain support from its rival have so far had little effect.

Parliamentary speaker and CSSD member Jan Hamacek confirmed to local media that the request has been made by a police unit dealing with economic crime. However, he declined to give further details. Police have also asked that the immunity of Jaroslav Faltyn – Ano deputy chairman and a former member of senior management at Babis’ agrochemicals conglomerate Agreofert – be revoked.

The request will be put to a vote in the lower house of parliament. Should the motion pass, the pair’s parliamentary immunity will be lifted and police will be able to press charges.

Babis, whose ‘anti-establishment’ party entered parliament for the first time running on a ticket that promised to banish corruption, was quick to respond. He cast aspersions that compared the CSSD’s efforts to communist times.

“It is the last desperate attempt of the corrupt system to liquidate me and to criminalize me as part of a long-term plan,” the billionaire told Pravo. “I first heard about these plans in April. The timing is clear, it's an effort to influence choices [in the election]. We are in the 1950s.”

Babis, who has never clearly discussed how he came to control Agrofert in the 1990s, narrowly defeated in 2015 longstanding accusations that he worked with the communist-era secret police. If his collusion had been proved, it would have kept him out of government in the Czech Republic under lustration laws.

Reflecting its stance as an anti-corruption party that seeks to clean up the country’s grubby political culture, Ano has a ‘moral code’ that insists no member will seek to use parliamentary immunity to evade prosecution. Faltynek has said he will not defend himself against the application.

The efforts to bring down the populist have continued since the early days of the bad tempered coalition, which took office in 2014. The case surrounding Capi hnizdo last year was the hardest hitting, although Prime Minister Bohuslav Sobotka managed to force Babis from his post as finance minister in May, claiming financial impropriety connected to an Agrefort bond issue.

Babis was forced to defend the CZK50mn grant to the Stork’s Nest resort as the EU fraud office OLAF probed the deal. His claim that the resort was not in his hands but those of his family at the time the EU funds were drawn was weak, and provoked the CSSD and opposition parties to stiffen conflict of interest regulations to make Babis put his businesses in trust. However, alongside several other scandals – including the crisis surrounding his dismissal from the cabinet – the issue appeared to have little impact on Ano’s support.

On a wider scale, the timing of the request and series of investigations into Babis offer more grist to the mill of those that claim the Czech Republic's political system is too closely tied to business interests, and that parties have a long reach into the police and justice systems.

The Mandate and Immunity Committee will consider the police request on August 18, chairwoman Miroslav Nemcova from the centre-right ODS party told Radiozurnal. Should it recommend a vote in the chamber of deputies, that will likely happen on September 5, she added.