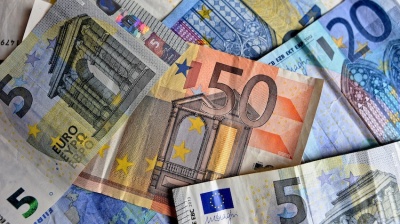 Croatia started using the euro on January 1, ten years after becoming a member of the European Union.

As of January 1, Croatians will be using the local currency, the Croatian kuna, alongside the euro, for two weeks. After that period, only the European currency will be used. The kuna will be exchanged at a conversion rate of €1 to HRK7.5.

Croatia’s Prime Minister Andrej Plenkovic said that 2022 was the “year of delivery” for Croatia as the country was accepted into both the eurozone and the Schengen border-free area with unanimous support from its EU partners and amid high support within the country.

To achieve these goals, the country had to amend more than 80 laws, Plenkovic said.

“This marks an important milestone in the history of Croatia, of the euro and Schengen areas and of the EU as a whole. It follows a period of intensive preparation and substantial efforts by Croatia to meet all the necessary requirements,” the European Commission said in a statement on December 30.

After Croatia’s entry to the euro area, it comprises 347mn EU citizens who are using the common currency.

Croatia moves ahead of Bulgaria and Romania

In June 2022, the European Commission and the European Central Bank said the country has met all conditions to join the eurozone and adopt the euro. Croatia joined the eurozone’s waiting room, the ERM II, in July 2020 along with Bulgaria.

Croatia was accepted to both the euro area and the Schengen zone ahead of fellow Southeast European countries Bulgaria and Romania, which joined the bloc six years earlier.

Bulgaria is yet to meet the requirements for euro adoption though it has set January 1, 2024 as the date for switching to the euro. Bucharest is yet to decide whether to join the eurozone. Both countries were turned down for Schengen accession in late 2022.

Croatian commercial banks have decided to waive any fees normally charged to users withdrawing cash from ATMs operated by banks other than their own, in essence making all ATMs accessible free of charge to all Croatians looking to withdraw cash between December 15 and January 15.

Old kuna currency to be destroyed

After the transition period is complete, kuna banknotes worth more than HRK500mn (€66mn) plus around 5,200 metric tonnes of coins will have to be destroyed. To avoid negative environmental impact from the dye and protective elements on banknotes, Croatia will not incinerate the kuna banknotes but will shred them instead. They will then be used as insulation material in construction. The 5,200 metric tonnes of coins will be melted down and sold as raw material.

Croatia introduced the kuna at the end of May 1994. It replaced the Croatian dinar (HRD), which was introduced in December 1991 to replace the Yugoslav dinar.

A total of 1.57bn banknotes denominated at HRK187 were printed at the time of the currency’s introduction. Since then, more than 1bn banknotes worth HRK104.5bn have been destroyed due to wear and tear.

Although the Croatian kuna will be used as legal tender only until January 15, local banks will continue exchanging old kuna banknotes for euros indefinitely. Kuna coins will be exchanged until 2025.

In an effort to protect consumers and address their concerns about unjustified price increases in the changeover period, the Croatian central bank has introduced a Business Code of Ethics to ensure stability of prices for goods and services by helping businesses to correctly recalculate and display prices.

Commercial banks have received euro banknotes and coins in advance from the central bank and have in turn supplied euro cash to shops and other businesses.

Croatia started also producing euro coins in July 2022. The central bank has selected the motifs for the local euro coins following a public poll and a tender for their design.

To smooth the transition to the euro, Croatia launched the sale of euro coin starter kits on December 1. The kit for individuals included 33 euro coins with the Croatian national side worth €13.28, which were sold for HRK100.

Companies were able to acquire starter kits for businesses that contain 525 coins of all denominations, worth €145.50, at a price of HRK1,097.