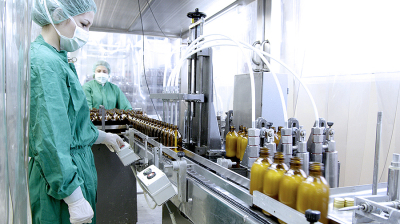 Members of the State Investigation and Protection Agency (SIPA) of Bosnia & Herzegovina searched the premises of Bosnalijek in Sarajevo, the country’s largest pharmaceutical manufacturer, on December 6 and arrested two people.

The Prosecutor's Office of Bosnia & Herzegovina confirmed that SIPA is conducting searches at Bosnalijek due to suspicions of organised and economic crime and corruption.

The prosecution also stated that searches in progress in several cities in Bosnia, and that arrests of other suspects are underway. They said this is an investigation into “multimillion-dollar acts of corruption”.

SIPA representatives also searched the house of Bosnalijek director Nedim Uzunovic, who was questioned during the day.

According to unofficial sources, the prosecution's investigation is focused on the controversial privatisation of Bosnalijek with Russian capital through offshore companies in several countries.

The key country in the disputed transactions was the Czech Republic, where the company Close Ville was founded five years ago. Close Ville reportedly collected Bosnalijek's claims from Russia and retained a 10% commission.

"Regarding the investigative actions carried out in the company Bosnalijek, we hereby emphasise that we are fully at the disposal of all investigative and control bodies in Bosnia & Herzegovina," Bosnalijek said in a statement.

On several occasions in recent years, all the required documentation has been submitted and full cooperation with all investigative and control bodies has been ensured, the company added added.

“Bosnalijek is the largest domestic drug manufacturer and one of the regional leaders in the industry, operating successfully on three continents, exporting to more than 20 countries and employing more than 800 workers. In the last two years, marked by the COVID-19 pandemic, we are fully focused on meeting the needs of the domestic market and we will do our best to confirm and preserve our strategic role for Bosnia & Herzegovina and all our citizens in the coming period.We assure citizens and all our business partners operation and maintenance of all business processes,” the company added.