COMMENT: The state is back in the banking business in Central and Eastern Europe 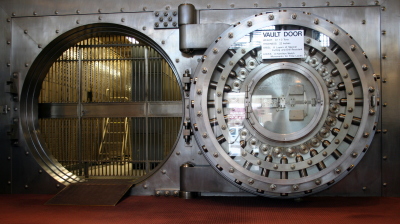 The state is getting back into the banking sector in CEE as foreign owned banks retreat to niches / wiki
By Gunter Deuber of Raiffeisen Research in Vienna December 10, 2018

For a few years now, foreign banks have been constantly losing market share in many of the larger Central-, Southeastern and Eastern European markets.

On the one hand, this development naturally calls into question the long-term strategic plans of the Western banks operating there. After all, Western banks have come to Eastern Europe as "market share conquerors". On the other hand, this trend can also support the foreign banks that continue to operate in the region.

But let's start all over again. At the beginning of the 2000s, many Western banks wanted to conquer the new mass market in Central and Eastern Europe (CEE). Being big everywhere was the ambition: Western foreign banks conquered substantial market shares through a combination of bold acquisitions and aggressive organic growth. At that time, all relevant market players (local subsidiary banks of foreign groups, local regulators, local politicians on the ground and also the home country regulators) were satisfied with the overall situation. The banks earned good money and local lending was certainly not too scarce.

In the aftermath of the global financial crisis, the game has changed. Western banks no longer want to be big everywhere in Central and Eastern Europe per se. Especially in volatile markets and/or markets with a business environment that is not always easy for all customer groups, it is possible to earn good money with small market shares and so-called "niche player business models".

Risks have gone up. Home country regulators in Western Europe (including the ECB) are also carefully watching the operations of leading European CEE banks in more volatile regional markets. In addition, Western banks have become a lot more cautious when making loans in CEE. It was no coincidence that the call for a greater role for local commercial banks and/or local development banks became louder. It seems that politicians that profited from the previous “market share buying” by Western banks are now looking at other options.

Calls for more national ownership in local banking sectors have been bolstered by the increasing anti-capitalist and anti-globalist mood worldwide. Hence it's no coincidence that representatives of national and local development banks, as well as state banks from Central and Eastern Europe, are currently also happy to make a public statement at relevant forums like "... the state is back".

In addition to the regional trend, a certain polarisation is also discernible. There are countries where ownership has not shifted significantly from Western banks to local and/or state-owned banks (Czech Republic, Slovakia), in other countries there are significant shifts (e.g. Poland, Hungary but also Russia).

All in all, it is clear that not all CEE countries are now focusing on similar development strategies. In some individual countries privatisation efforts are even still visible (Serbia, Slovenia), in others there is still no strong state-owned banking sector (Romania, Bulgaria, Czech Republic, Slovakia) ... in others one speaks almost proudly of the increased state influence.

These developments could favour the fact that the state share in Belarus will soon be lower than in Russia - who would have thought this possible five years ago? If the recent speculations about the sales of leading Russian commercial bank Alfa Bank are confirmed, then the share of state-owned banks in Russia could soon reach 70 %, and in Belarus successful privatizations could reduce the share of state-owned banks to just under 60 % in the coming 12-18 months. This would make Russia a more state-controlled economy than Belarus in the banking sector.

The trends outlined above clearly show that a more differentiated view of the local banking sectors in Eastern Europe is necessary. Very divergent market share trends are discernible. And do the foreign banks really have to fear local competition or are the market trends outlined negative for them? The answer is probably rather no. All long-term studies on the effectiveness of banking systems show that a too high proportion of state-controlled banks and especially those with an unclear mandate are unlikely to increase efficiency. In addition, this again creates a clearer differentiating feature, as certain customer groups may still prefer to work with a non-local bank. And the experience of recent years has shown that foreign banks with niche exchange strategies can earn good money again, even in sometimes more difficult banking markets such as Russia, Ukraine, Belarus or partially Hungary.

COMMENT: Emerging European tightening cycle coming to an end
2 days ago
COMMENT: Does Russia have any friends left in Southeast Asia?
6 days ago
COMMENT: Will an Italian right-wing victory in upcoming elections be another win for Putin in Europe?
6 days ago
COMMENT: War as a sign of weakness: failure of reforms and of branding of a Russian nation.
13 days ago
HESS: Putin doesn’t fit with China’s plans for an alternative global financial order
14 days ago