COMMENT: How the USSR’s collapse is remembered in Russia today 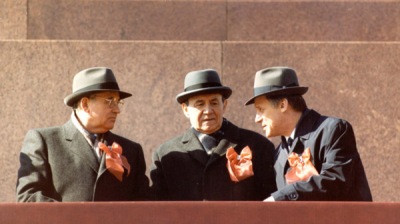 The USSR collapsed 30 years ago, but an increasing number of Russians regret its passing.
By James C Pearce in Moscow March 24, 2021

Thirty years on and the jury is not out on this question. When it comes to the Soviet collapse, Russians increasingly regret this momentous event.

In 2018, 66% of respondents to a Levada poll regretted the collapse and just a quarter did not. Ten years ago, twenty years after the collapse, that number was 55%. When it has dipped below 50%, it has come straight back up.

The most stated reason for regret was the destruction of a unified economic system. On occasion, this has come in second place behind ‘feeling part of a superpower’, and that was in years of solid economic growth and relative prosperity (2006-07). This trend goes hand in hand with increased nostalgia for the USSR among contemporaries. In 2020, 75% of Russians believed the USSR was the best time in their country’s history. Just 18% disagreed, and another poll in 2019 showed 70% expressed a positive opinion of Joseph Stalin.

Granted, today there is a generation with no memory of Soviet socialism. The 1990s for many is also a distant memory and the economic woes of today pale in comparison to 1998, 1993 or any other time in living memory. When one looks at Russia’s economic picture today, it seems, in some ways, a logical conclusion. Shrinking incomes (11% since 2013), rising food prices, devaluation of the ruble and new sanctions are all factors contributing to the political mood.

As Andrei Kolesnikov told Vedomosti, today’s state capitalism is viewed as unfair: “the injustice is in distribution, access to goods and infrastructure. And this feeling is growing stronger,” he remarked. Tomorrow remains uncertain for most Russians, whereas once upon a time it was too certain.

This is a key reason for continued support of the Kremlin’s un-intrusive approach to people’s personal finances. Whether Russia’s liberal opposition likes this or not, most ordinary Russians are happy to turn a blind eye to democratic back-sliding if their socio-economic status remains unaffected.

At this point it must be stressed that the Soviet collapse was an accident. Mikhail Gorbachev wanted to save the USSR and believed doing so was possible by ridding it of its ugliest elements. What is more, by the time Gorbachev came to power, the USSR was far from a state in decline inevitably doomed to fail: 60% of Russians also believe the collapse was avoidable; a clear majority since 1991 always has.

As Stephen Kotkin notes, society and the economy was experiencing a “lethargic stability.” The problems were not yet serious enough to threaten the USSR’s existence, but economic growth was alarmingly sluggish in the early 1980s. The economy was just about growing, with relative full employment, but the professional classes were becoming open to new ideas, graduates growing fed up with entering the workforce well below their pay grade and nationalism was growing in the republics.

What Gorbachev did through his reforms was to unleash a series of feelings and emotions long buried beneath the surface. Perestroika, for all its shortcomings, was something Soviet citizens were ready for, as socialism was creaking under the weight of its domestic problems. When Leonid Brezhnev died, few in the Soviet leadership believed in communism anymore. They were reluctant to change the system and were viewed by Soviet citizens as corrupt kleptocrats enjoying privileges well beyond ordinary people. Housing and produce shortages were becoming apparent, and the economy simply could not withstand the massive military spending (though it was not the reason for its collapse as the right would have people believe).

Despite the growing anti-government feeling, change was unlikely to come without a reformer in the Kremlin. But the key point, again, is reform. What Russians regret about the Soviet collapse was the degradation of state power and all the political and socio-economic chaos that followed in the next decade.

While criticisms of democratic rollbacks are just, Russians still enjoy more socio-economic and political freedoms than ever before. They are healthier, live longer, drink less and can travel abroad (pandemic permitting). When asked if they want the USSR to return, a majority say no.

It is a very mixed picture thirty years on, but Russia has made undeniable progress since perestroika. Post COVID-19, key industries plod along, but Russia’s economy still outperformed much of the G7 at the end of 2020.

Those who repeat the mantra of the 'shock therapy' of the 1990s often fail to distinguish between the effects of marketisation and privatisation, and the collapse of the Soviet economy. Both came at a huge short-term price for the majority and continue to haunt people’s personal memories as well as the Kremlin, whose political narrative is based in opposition to this economic and political chaos.

The Soviet collapse was a complicated series of events that became likelier as the 1980s progressed. Without Gorbachev, there is no guarantee that the USSR would have started to reform, and without this, the world and Russians’ lives would be very different.

James Pearce is a Moscow-based historian and the author of the use of history in Putin's Russia, and currently lectures at the University of Liverpool.