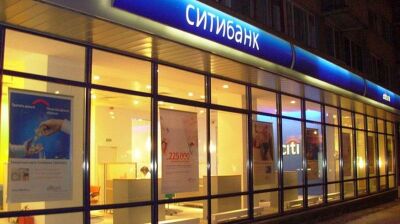 Citigroup has been trying to sell its Russian consumer bank for the past year.
By bne IntelliNews July 4, 2022

Financial major Citigroup is reportedly in talks with Russian private lender Expobank to sell its Russian assets, Reuters and the Financial Times reported citing unnamed sources. Rosbank, which was recently sold by Societe Generale to oligarch Vladimir Potanin, and insurance company Reso-Garantia are also reportedly among the bidders for Citi’s assets.

The US bank Citigroup has launched the process of selling its retail banking operations in 13 EMEA and Asian markets, including Poland and Russia.

As followed by bne IntelliNews, Citigroup has been trying to sell its Russian consumer bank for the past year, but heavy sanctions imposed on Russia have made this hard, as well as creating severe difficulties in moving money out of the country.

One of Russia's largest private banks, Alfa Bank, had already turned down the acquisition of Citibank.

Reportedly,  discussions between Expobank and Citi are at an advanced stage and are now focused on the price. Expobank's main shareholder is Igor Kim, and he could be seeking to expand the lender's investment banking business.

As reported by bne IntelliNews, the minimum discount for foreign majors trying to exit Russian assets is 50%.

As for another bidder, Potanin, he had been free of Western sanctions until recently and had the cash available to buy cheap discounted assets at home. He quickly used it to rebuild his banking business empire, picking up up a 35% stake in banking TCS Group from the family trust of its founder Oleg Tinkov after the latter published a sharp foul-mouthed critique of the "insane war" in Ukraine.

RBC commented that the process of transferring Citibank's assets was seen as complicated, which coupled with a high price had eventually dissuaded Alfa and other potential buyers.