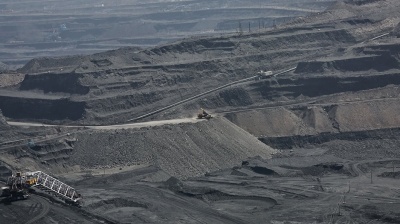 Kazakhstan sits on the world’s eighth largest coal reserves, but China has never before shown much interest. / Samruk Energy.
By Almaz Kumenov for Eurasianet October 12, 2021

That may be about to change.

Rolling blackouts caused by a coal shortage are threatening China’s economy. Gummed-up supply chains, the post-COVID consumption boom and emissions-reduction targets are all to blame. But Beijing also miscalculated last year, imposing an informal ban on products from Australia, one of its largest coal suppliers, when Canberra called for an independent investigation into the origins of COVID-19.

Now China is looking for new sources, willing to brave even the most indirect import channels.

The eastern Chinese province of Zhejiang received its first shipment of Kazakh thermal coal (the kind used in power plants) this week.

The delivery route was anything but optimal. Landlocked Kazakhstan first sent the coal at least a thousand kilometres in the wrong direction, overland to a Black Sea port in Russia. There a bulk carrier took on 136,000 tonnes for a 30-day, 15,000-kilometre odyssey to Zhejiang, Bloomberg reported.

“China as a whole has been buying more thermal and coking coal from Kazakhstan since the start of the year, as power cuts have become more frequent and coal supplies dwindle,” the South China Morning Post reported on October 5.

But how much coal China buys from Kazakhstan is something of a mystery. Figures the two sides provide to the UN's international trade statistics database do not match

Whereas Kazakhstan reported shipping 28.5mn kilos of coal to China in 2016, China reported receiving only 10.5mn. In 2019, the last year for which complete data is available, Kazakhstan told the UN that it had sold China 39mn kilos; China said it bought 150mn kilos.

Political scientist and sometime opposition leader Petr Svoik is inclined to believe the higher figures, explaining that Kazakh customs officials have been playing with data on commodity sales to China for years.

"There are several reasons” for the inconsistencies, Svoik told Eurasianet. “On the one hand, they have different methods of accounting for commodity groups. On the other hand, there is corruption and smuggling.”

Transparency Kazakhstan, the local branch of the international anti-corruption watchdog, has reported on such data discrepancies with other countries as well, also blaming graft in the customs agency.

There is one thing the data agree on: Kazakh coal is a drop in the bucket for China, which imported 308mn tonnes in 2019, according to the IAE, three times Kazakhstan’s total production. (China is also the world’s largest coal producer.)

But for Kazakhstan, which is struggling to wean itself off the climate-warming fuel, its neighbour’s crisis creates new opportunities. For now, 90% of coal mined in Kazakhstan is used locally, where it is sold at state-regulated prices, which are one-third lower than export prices.

As Kazakhstan switches from coal to gas and some renewables to meet its emissions targets, it will free up coal supplies to sell abroad, the Association of Mining and Metallurgical Enterprises, a lobby group, told the Kursiv business newspaper on October 4.

With higher coal prices, sending this dirtiest of fuels straight across the border by rail becomes more economical, even if the net warming effects on the global climate remain the same.