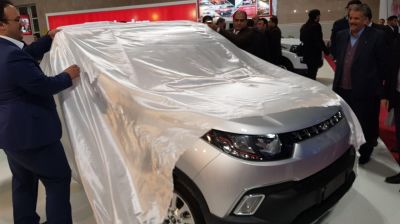 The CEO of Iran’s Azim Khodro network of car dealerships has been arrested on fraud charges after failing to deliver as many as 8,000 vehicles, a source familiar with the case told bne Intellinews on November 25.

Young entrepreneur Reza Azimi made many headlines in Iran during his quick rise to a personal fortune over the past decade, and last year he was in the news for his failed buyout of automaker Zagros Khodro. It is believed he had agreed to purchase 70% of Zagros.

More recently, a deal was put together under which Azim Khodro would use Zagros’ production facilities, including its modern paint shop, to produce Chinese SUVs, namely the HanTeng and Foton Sauvana brands. During the 2017 Tehran Auto Show, Azim Khodro showcased the SUVs and took deposits from buyers on future deliveries. But to date, only 50 vehicles have been delivered, mostly to showrooms around Tehran, with several others sold through the second-hand car market.

Complainants ‘pursuing $16.5mn’
The Tehran judiciary said complainants were claiming more than $16.5mn in compensation from Azimi, who is thought to have assets of around $4.75mn, Islamic Republic News Agency reported.

Tehran’s Prosecutor General Abbas Jafari Dolatabadi said the company exceeded the pre-sale limit of 150 vehicles specified to it by officials, taking deposits on some 4,000.

A person close to the case who asked not to be named told bne Intellinews that the number of deposits taken was actually likely for “around 8,000 pre-sold vehicles”.

The judiciary said that in total some 85,000 people have filed complaints against Azim Khodro over various matters.

“From the information I’ve been provided, despite Azim Khodro attempting but failing to buy 70% of Zagros Khodro, the owners of that company have not been found to be complicit due to the failure of the original contract,” the source added.

Azim Khodro announced in August 2017 that it intended to start production of the Foton Sauvana at Zagros’s site due to the fact that the company runs a state-of-the-art paint shop. It envisaged some 30,000 vehicles a year rolling off the production line, with each vehicle selling for a relatively low IRR1.35bn ($35,000 at the time).

The firm, founded by Azimi, who is now in his mid-30s, rose to prominence on the Tehran auto market for its substantial auto brokerage contracts. Industry observers suspect it has enjoyed ties with politically connected groups of the previous Ahmadinejad government.

Recent months have seen several private car dealers and business people working in the auto industry taken in for questioning by security officials. Some of the related dealerships have represented brands including Hyundai and Kia.