Central bank and IMF to upgrade forecasts for Georgia’s economy 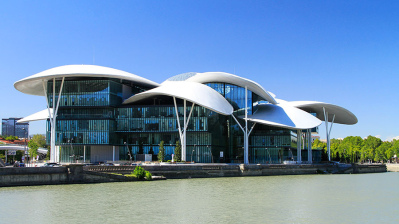 "Economic growth forecast will most likely be revised upwards," said the Georgian central bank.
By Ani Mejlumyan in Yerevan July 11, 2022

The Central Bank of Georgia (NBG) will revise upwards its forecast for the country’s economic growth this year from 4.5%, NBG President Koba Gvenetadze told the media on July 8, after Russia's invasion of Ukraine unexpectedly failed to damp down the country's boom.

Statistics office Geostat has announced that the economy grew by 11.2% y/y in Jan-May and the National Tourism Administration announced the number of international tourists soared by 126% y/y.

The drivers of the Georgian economy’s annual growth are remittances, tourism and exports, even if the trade gap has not narrowed significantly. The spending of refugees from Ukraine and migrants from Russia has also made a significant contribution to private consumption, imports and growth in the first part of this year.

"We will update key macroeconomic indicators during the Monetary Policy Committee in early August. I can say now that based on the results we have now, again given the trends we are looking at going forward, the economic growth forecast will most likely be revised upwards,"  said Gvenetadze.

The International Monetary Fund (IMF) and World Bank (WB) are expected to revise upwards their projections as well after their expectations plunged to 3.2% and 2.5% respectively immediately after the war in Ukraine broke out.

Other independent analysts are even more bullish on the country’s economy. Brokerage Galt and Taggart’s chief-economist Eva Bochorishvili said she expects double-digit (10.6%) growth this year, driven by tourism, remittances and exports.

GDP not only rose by 11.6% y/y in May, but the growth rate for the first quarter was revised upwards (to 14.9% y/y), she commented. Notably, the construction sector was revised to positive growth from a negative rate estimated under the preliminary figures.

“Despite the rising interest rates, according to our estimate, the economic growth this year will be 10.6%. We call this an optimistic scenario for now, but once the June figure is released it will become our baseline scenario,” said Bochorishvili.

The IMF does not rule out increasing the economic growth forecast for Georgia, confirmed Jihad Azur, Middle East head of the fund.

“I think that depending on the nature of the recovery that we are seeing, the pace of the recovery may lead us to revise the economic growth forecast for Georgia in 2022 towards an increase," said Azur.

At 3.2%, the fund’s forecast is visibly on the very conservative side.

The World Bank has been faster in revising upwards its forecast – which was slashed from 5.5% to 2.5% in the aftermath of the war in Ukraine – though the new forecast is not yet in a formal report. At the end of May, Sebastian Molyneux, the regional director of the bank, said that they now still expect 5.5% growth in the country.

What is particularly encouraging in terms of structural developments is that Georgia’s economy has already recovered to the pre-pandemic level and keeps growing fast despite the tourism figures being at only a fraction of what they were before the pandemic. The number of foreign tourists in January-June has increased by 126% y/y,  but it was only 57% of the figure in the first half of 2019. This indicates that other sectors are gaining momentum, contributing to a more diversified (hence resilient) economic structure.

The volume of remittances to Georgia has increased irrespective of the pandemic, war in Ukraine or other developments. In January-June this year, the volume of transfers to Georgia’s households hit $1.36bn – up 54% y/y and 126% more compared to the first half of 2019.

Georgia’s exports rose by 38% y/y and by 43% compared to the first half of 2019. However, the trade gap has not narrowed (on the contrary it rose by 25% versus 2019) but this is to be expected for a net energy importer such as Georgia.

As for inflation, according to the forecast of the NBG, the average annual inflation this year will be 9.5% but Gvenetadze does not rule out that the central bank should revise downwards the current forecast.

"For example, oil prices decreased last week due to the fact that the US Federal Reserve will continue to tighten monetary policy, which may lead to a global recession and which will affect oil prices. After some time, the decrease in oil prices will be reflected in Georgia as well – not immediately, but at some point. That's why we will also analyse these factors.

"At this stage, I can tell you that the forecast we have for inflation is the same – 8.5-9% on average, 9.5% at the end of the year. Still, due to the fact that there are quite a lot of changes in a short period of time, it is difficult to say now how. There will be an update, but of course, we will update the forecast we will have," said Gvenetadze.