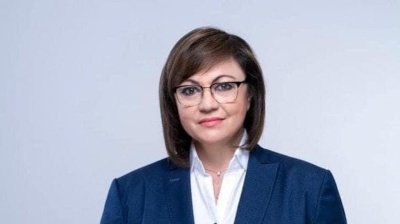 The Bulgarian Socialist Party (BSP) has threatened to quit the ruling coalition if the government decides to provide military aid to Ukraine, deputy parliament speaker Kristian Vigenin said on April 13.

The pro-Russian BSP has fiercely opposed any suggestions that Sofia might provide military equipment to Ukraine since the start of the war, arguing the country must remain neutral.

Vigenin, a member of the BSP, said that focusing on military aid to Ukraine was "inexplicable" and that the BSP supports all other aspects of the aid to Kyiv.

“We are doing it not only for us, not only due to our beliefs, but because we believe it is in Bulgaria’s interest to act cautiously and moderately. Of Bulgaria’s interest is that the government does not go against the opinion of a huge part of the Bulgarian citizens, nor creating unnecessary worries and tensions. If this position is revised, we are ready to revise our participation in the government,” Vigenin said during parliament’s session.

He added that the country has not exported weapons and military equipment to Ukraine so far and that the BSP’s MPs would not agree to this in the future.

Bulgaria’s government is backed by a four-party coalition led by Change Continues and also comprising the BSP, Democratic Bulgaria and former showman Slavi Trifonov’s vehicle There Are Such People (ITN). The four parties came together in late 2021 after two general elections earlier in the year failed to produce a government.

However, recently divisions have appeared between the coalition members. In addition to the rift over military aid to Ukraine, ITN is at odds with the other members of the coalition over the appointment of a new central bank governor.

Last week, Economy Minister Kornelia Ninova, the BSP’s leader, said she would not sign a decision on sending weapons to Ukraine and that she was ready to quit her post if necessary.

“If parliament takes such a decision [to provide military aid to Ukraine], I would not sign such a document. They can replace me if they want but I am not going to sign such a document,” Ninova said. She also argued that this was in the Bulgarian interest and not just the BSP’s policy.

The far-right Vazrazhdane party, meanwhile, has accused the government of indirectly providing military aid to Ukraine and argued that Ninova should therefore resign.