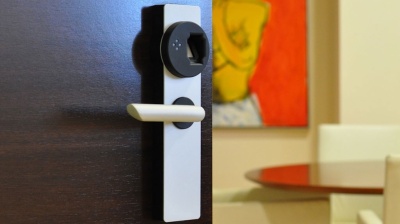 This is the first IPO on the exchange’s BEAM growth market, and Biodit's shares will be the first to be traded on the market. BEAM was created to allow small and medium-sized enterprises to seek listings under simplified procedures as compared to the regulated market.

Biodit offered 1mn shares for subscription at a price of BGN1 (€0.51) each. Biodit said that it plans to offer 1.95mn shares on the Sofia bourse at a price of BGN1 each in several tranches. The IPO was to be considered successful if at least 250,000 shares were subscribed for and paid for.

Over the next two years, the company plans to expand in Spain, which is the largest hotel services market in Europe. Funds raised from the IPO will be invested mainly in marketing and sales.

“We will use all raised funds from the Beam market to achieve the next step in the company's development — entering the Spanish market, where we already have successfully implemented projects,” said Biodit’s CEO Julian Sofroniev, according to material posted on the Bulgarian Stock Exchange website.

Biodit said in a statement that the high investor interest in the IPO gives the company confidence to seek additional financing on the BEAM market in the future.

Its systems have already been taken up by more than 5% of manufacturing companies with more than 200 employees in Bulgaria. Hotels in both Bulgaria and Spain are also using its hotel room biometric access system. It was responsible for more than three quarters of the biometric devices sold in Bulgaria in 2019.

Commenting on the success of the IPO, Manyu Moravenov, executive director of the Bulgarian Stock Exchange, said: “In this categorical way, the market has given great credit of trust to Biodit and the BEAM market.”

The IPO followed a successful year for the Bulgarian Stock Exchange during which the capital raised on the exchange was over BGN320mn, relatively low compared to the region’s major exchanges but the highest value for the last 12 years, the exchange said on January 20. Turnover was also up to BGN397mn, a 19% increase compared to 2019.